Andover and VillagesAndover news, information and lifestyle
Home Lifestyle One In Ten Will Spend Over £50 On Halloween This Year 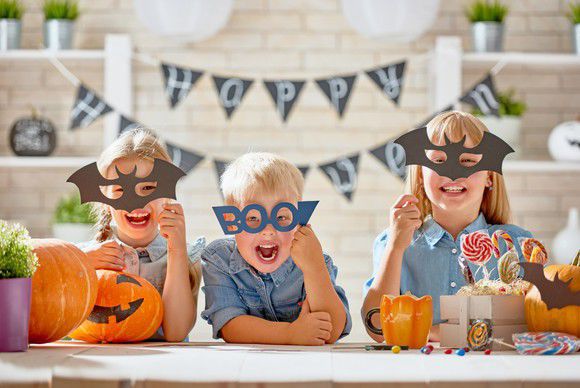 Almost a tenth (8%) of the population will spend over £50 on Halloween during October, according to a study commissioned by Royal Mail. Over half the population (54%) will spend money on Halloween this year and the 35-44 year old age group spend the most, with 61% set to make purchases. Halloween spend in the UK is growing with UK shoppers set to spend, on average, £23 each this year, up 5% from 2016.

Shopping for Halloween tends to require less than a week of planning with consumers most likely (35%) to buy Halloween goods 2-6 days before the 31st. One in ten (8%) shoppers leave their Halloween purchasing to the day before or the day itself. A quarter (26%) of the population shop both online and in-store for Halloween. Early evening (23%) is the most popular time to shop online for goods.

Sweets and food are the most popular Halloween purchases, with 75% of shoppers spending on spooky snacks, followed by decorations (41%) and fancy dress outfits (36%). When it comes to Halloween accessories, women favour witches hats (16%) whereas men tend to opt for fake blood (11%). With not long to go until Halloween, 65% of people still don’t know what they’re going to dress up as this year.

David Gold, Director of Public Affairs & Policy, said “Spend on Halloween in the UK is growing, slowly but surely, and retailers are increasing their seasonal products to react to consumer demand. Unlike Christmas and other popular holidays in the UK, shoppers tend to plan for Halloween less than a week in advance. Retailers must prepare for last minute purchases and speedy delivery options in the days ahead.”

East Midlands is the UK region that enjoys Halloween the most, with almost one in ten (9%) voting it their favourite holiday of the year. However, people in Northern Ireland spend the most (£28) on Halloween, closely followed by those living in Scotland (£27) and the North East (£26).