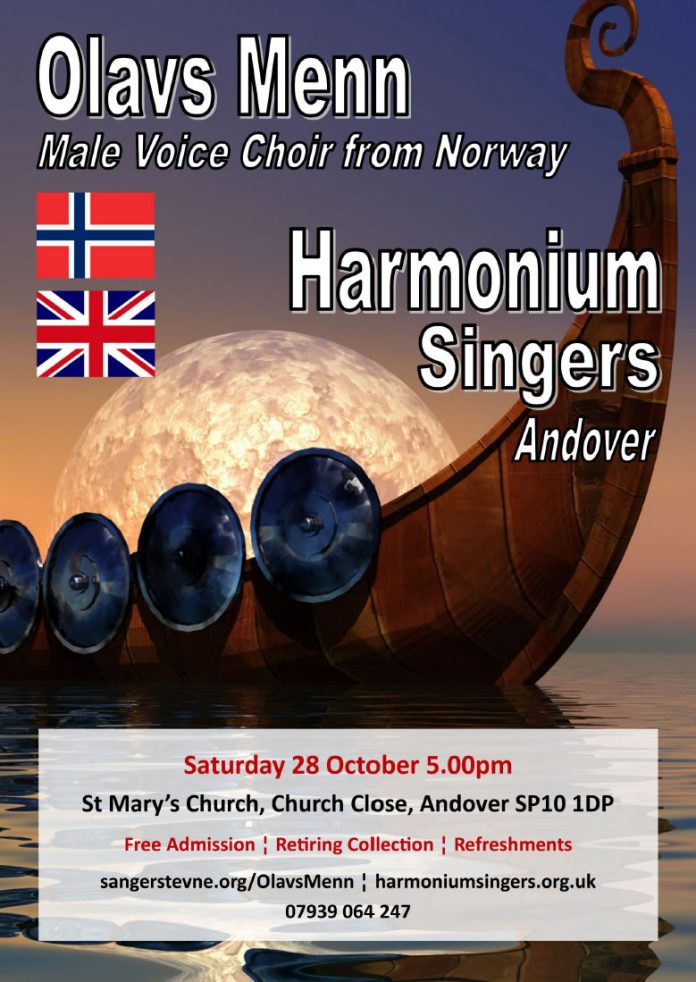 A Norwegian male voice choir is giving a concert on Saturday 28 October at St Mary’s Church, Andover – the site where Olav Tryggvason was converted to Christianity in the year 994. Olav was King of Norway from 995 to 1000 and played an important role in the conversion of Norway to Christianity. He is said to have built the first church in Norway in 995 and to have founded the city of Trondheim in 997.

The choir Olavs Menn was originally formed to sing with Norwegian National Opera in Oslo as soldiers for King Olav in a production of Thora på Rimol, an opera by Hjalmar Borgstrøm. Since then they have continued as an independent choir singing a wide range of secular and sacred music. Their programme for this concert will display the breadth of their repertoire. They will also sing some pieces together with local choir The Harmonium Singers, with whom they will share the concert. Olavs Menn will be travelling to the UK specifically to sing in Andover, on the sacred site which holds such special significance for them.

Bruce Randall, musical director of The Harmonium Singers, said: “This is a unique cultural event for Andover, the first on this theme since the rare performance of Elgar’s choral work King Olaf at St Mary’s in 1994 by Andover Choral Society. It will be an evening to remember.” The concert begins at the earlier time of 5.00pm and admission is free, with refreshments and a retiring collection.