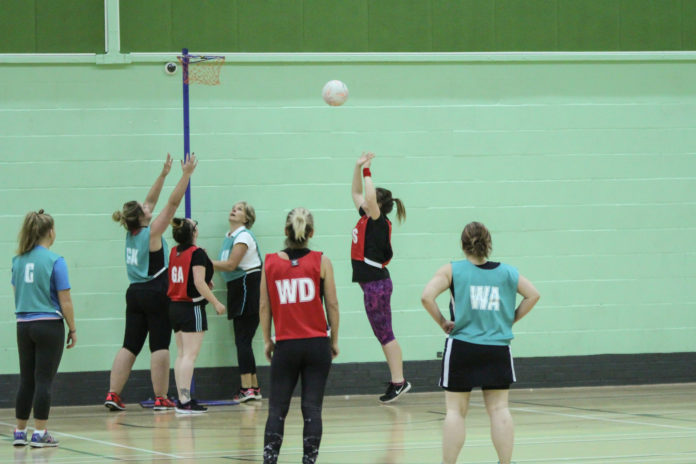 Two new netball leagues are being set up in Tidworth with a vow to get women off the couch and onto the court.

Emma Edmonds, League Development Officer, said their aim is to get people back into sport.

“We’re passionate about the benefits playing sport can bring to people’s lives. In our recent survey, 81% of people said that playing in our leagues helped improve both their mental wellbeing and social life”, she said

She went on to say anyone over 14 was welcome to join regardless of ability, fitness and age.

“We take away a lot of the barriers that prevent women from taking part, so more people can go from couch to court. Within the leagues, we sort out court hire, umpires, and the required kit, for example, bibs and balls.

“There are two leagues coming to Tidworth – one a Tuesday evening, and another on a Wednesday evening. Teams will play once a week on at Tidworth Leisure centre starting on the 2nd and 3rd of July. The leagues will be preceded a refresher session, on the 25th and 26th June, where players can remind themselves of the rules, form teams, play plenty of practise matches and get themselves league-ready! The sessions are perfect for those who haven’t played since school.

“You can join leagues as a team, a small group of friends, or individually. Many of our teams are groups of like-minded people who were once strangers. The cost is £32 per team per match, less than £5 per player!”