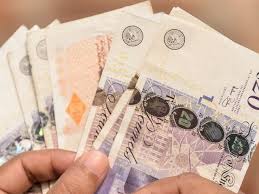 New research by ŠKODA reveals the nation’s views on what leads to a rich and happy life; comparing the views and experiences of young adults (18 – 30s) to an older generation (over 60s).

The research shows, when it comes to looking at the things in life that we most value, opinions of millennials and baby boomers are similar – with both stating family (78 per cent / 81 per cent), good health (49 per cent / 74 per cent) and friends (45 per cent / 48 per cent) among the main necessities needed to lead a rich and fulfilling life.

However, when it comes to regrets and worries, opinions differ. Money worries top the troubles of younger people – with two fifths (42 per cent) saying their biggest regret is not saving enough, followed by worrying too much about their appearance (25 per cent). In contrast, the over 60’s most regret not having travelled enough (26 per cent), followed by not spending enough time with loved ones (16 per cent).

“We set out to uncover the importance and value of wealth across different generations. Interestingly, we found that the perception of value isn’t universal; money is more of an influencing factor for millennials, while baby boomers place greater value on life experiences”, said Kirsten Stagg, Head of Marketing for ŠKODA UK.

“What is also apparent is that as we get older, rarely do we look back and think ‘I wish I’d spent more money’ on something – it’s spending time with the people we love that fulfils us”, Stagg continued.

Nearly a quarter (24 per cent) of young people say money is what makes them happiest in life, compared to just 9 per cent of those aged 60 and over.

When it comes to what the baby boomers say make them happy, it’s having family (65 per cent), love (36 per cent) and travelling (31 per cent).

The research from ŠKODA coincides with the brand’s launch of its Alternative Rich List, which celebrates people who are rich in ways other than monetary wealth.