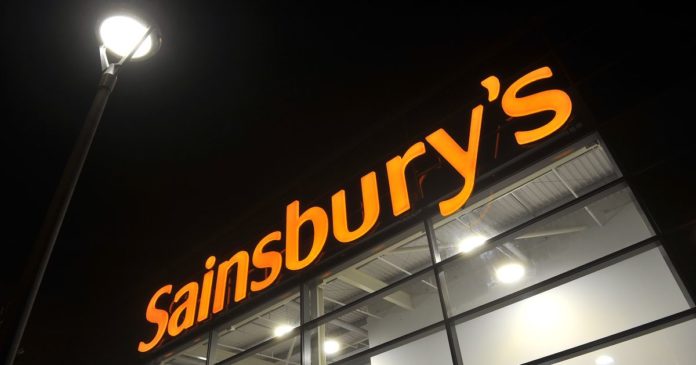 Local women going out for the night in Andover Town Centre are being urged to be careful after a spate of incidents involving a man not taking no for an answer.

A man is approaching young women across the town and asking them to go for a drink, he has also resorted to grabbing their arms to attempt to force them to go with him.

The man appears to be operating across the whole of the town centre, even approaching a young girl outside of Bridge Street’s Sainsbury’s supermarket.

One young woman said, “Last night at around 6:30 a friend of mine was approached by a man outside Sainsbury’s in town; he tried to make her go for a drink with him & grabbed her by the arm before a lady in a red car pulled in to the lay-by to see if she was ok. When the car pulled up the man quickly left and I arrived not long after.”

Later on in the night, the two women were approached by the man again inside of the Redbridge and later on, they witnessed him persistently talking to a woman outside of the Foresters Public House.

It appears that door security across the town are aware of the man and some of the public houses and clubs have barred him.

The young woman went on to say, “We spoke to the doormen in Plush about it and they said they had suspicions about the same guy. When we were inside one of them asked us to go and identify the man as he was trying to get into Plush. When we went outside my friend confronted him about grabbing her & another girl came over and mentioned that he had grabbed her earlier inside Plush before giving her abuse for not letting him buy her a drink.

“He was a small Iraqi man with a bald spot on the back of his head.”

Crimestoppers give the following advice to staying safe on a night out:

Always stay within a group when possible. By remaining close to the people you trust and know well, you’ll reduce the risk of being targeted by people who are up to no good and could be out to take advantage.

2. Get taxis or arrange a lift

When travelling at night always book a taxi or get a lift with someone you trust. It’s worth that little extra expense to take a ride in a cab and get home safely. If travelling by bus it’s best to sit on the lower deck as this is closer to the exit and within sight of the bus driver should there be a problem.

When you book a licensed mini-cab or taxi you know it is reputable and reliable. Don’t be tempted to get into an unlicensed cab for a quicker ride home. The risks, especially to unaccompanied women, are far too high.

4. Drink in moderation & watch your drink

Always stay in control when drinking alcohol. Know your limits and never push them. A few more drinks may seem like fun at the time, but it is never a good idea. Keep a close eye on your drinks and never leave them unattended at any point. Having your drink spiked – perhaps whilst you momentarily turn your back – will ruin your night and maybe your life.

If walking home after a night out, always stay in well-lit areas where there are plenty of people. People are less likely to commit crime if there is good lighting, CCTV and people around to see what is happening. Always plan a route home and make sure you stick to places you know. Never take short cuts, especially down dark allies, by canals or through unlit parks.

Don’t advertise your mobile phone to people on the street – keep them hidden. People will often have valuables stolen on a night out and if you’re drunk, you are an easier target. Keep all valuables like phones, wallets and purses in zipped pockets or bags. Ideally, leave valuables such as jewellery at home, but if you must take them out with you then keep them safely hidden.

7. Keep away from hostile situations

Don’t be a hero on a night out. If there is a fight or an argument stay out of it and get help from bouncers or the police.

Let’s stay one step ahead of the criminals this Christmas and not give them the opportunity to strike.