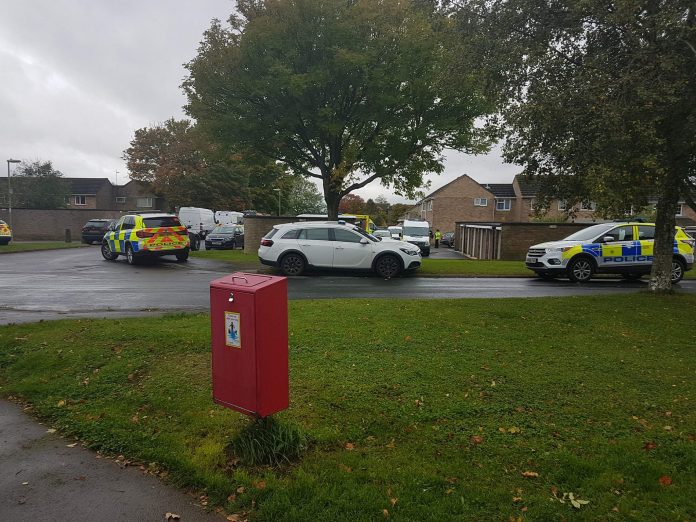 Along with the police, several ambulances, the fire service and hazardous area response teams are in attendance.

A police spokesperson said, “We were called to a public order incident on Statham Square in Andover at 05:23am on Saturday 7 October.

“Concerns were subsequently raised for the welfare of a 40 year-old man inside a house.

“Specialist officers and partner agencies were deployed along with a cordon around the house after the man refused to leave the premises. This was to ensure his safety and that of other residents in the area.

“Taser was later used to allow officers to safely remove the man from the house without causing harm to himself or anyone else.

“He was checked over by the ambulance service for minor injuries and was arrested on suspicion of affray.

“Forty year-old Darren Neil Gracie of Statham Square in Andover was subsequently charged with affray and possession of cannabis and has been remanded to appear at Basingstoke Magistrates Court on Monday 9 October.”