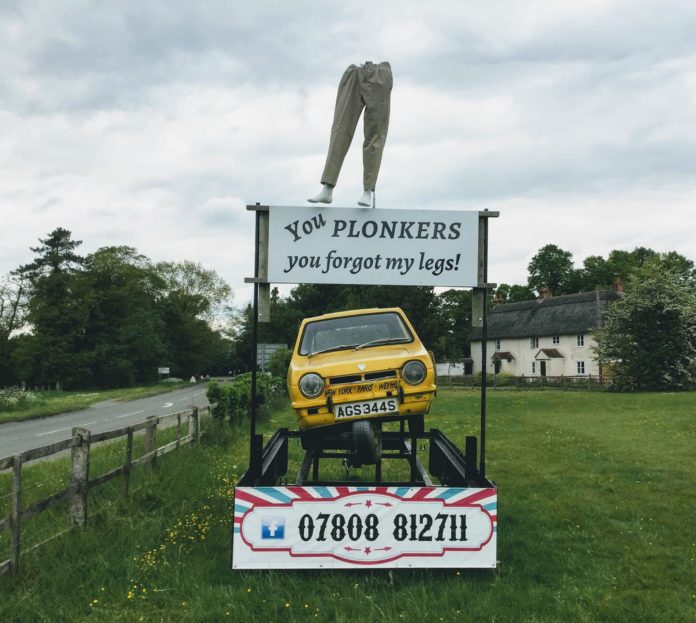 Last week, a landmark owned by the Weyhill Car Boot Sale was vandalised, however, owners Nigel and Graham had something humorous to say about it.

The bright yellow Reliant Robin which is an eye-catching landmark by anyone passing by was vandalised by vandals.

Earlier this month, the torso of the landmark was vandalised and removed leaving the legs on show, however, following a humorous poster saying ‘You plonkers, you forget my legs!’ below the legs they were stolen as well.

The legs were later found in a phone box in Amport, the torso hasn’t be found yet.

The Weyhill Car Boot Sale said on social media “We are so sad to report that our Reliant Robin car trailer up at the site has been vandalised. The doors have been wrenched off, our ‘Del Boy’ mannequin has been taken and the flag poles have been bent over.”

If you may have seen anything get in contact with The Weyhill Car Boot Sale on Facebook.