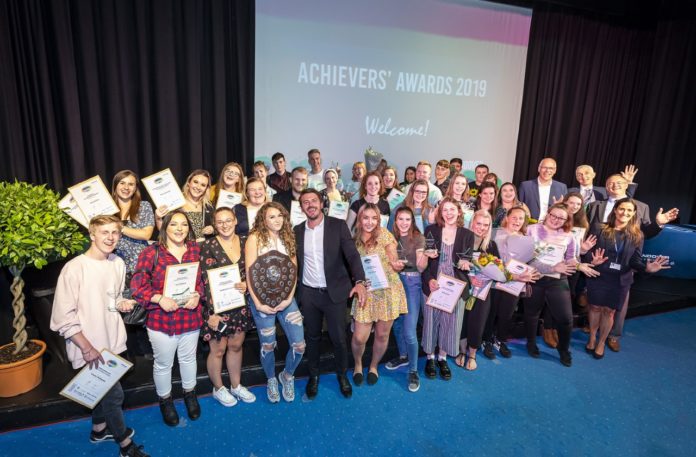 At its annual Achievers ‘ Awards, Andover College spent the evening honouring the devotion, achievement and constant hard work of its learners.

Family and friends came to the Lights Theatre to celebrate the accomplishments of learners with lecturers, directors and sponsors. The prizes show the holistic and personalized philosophy of the College that applies to each pupil and challenges him or her to succeed.

Ben Stokes, Assistant Principal said: “Andover education doesn’t happen in a vacuum; we are proud to be part of an exceptional network of educational providers including our secondary schools in Andover – and a growing number from Salisbury and Wiltshire – who like us are committed to providing a platform of high educational standards and credibility.”

Shea, who achieved A* in Biology and A’s in Chemistry, Maths and Extended Project Qualification, has been awarded the Principal’s Award and is now off to study biological sciences at the University of Southampton. Shea has been nominated for being exemplary in his approach towards teaching and the willingness to develop his understanding. As well as working with group work and mentoring peers, Shea is well disciplined in reaching goals and setting his own goals.

Skye was given the Nigel Spackman Sports Achievement Award, who accomplished D*D*D* on her Extended Sport Diploma course. Skye was nominated for this prize because of this season as well as the 32nd highest triple-jump rating for the 50th highest 100m-sprint moment in her age bracket nationwide. The achievements of Skye are exceptional and merit recognition, particularly since these sporting achievements are combined with excellent scholarly achievements.

Adam received the Entrepreneurial and Business Award. Due to the loss of a close friend, Adam was nominated for this prize, he was enthusiastic about the concept of collecting funds for Cystic Fibrosis.

He put himself into organizing, managing and executing two very good activities from beginning to finish. Both activities raised a significant quantity of cash that helped to increase even more funds for the charity to fund a skydivefor himself and his peers.

Hilary received the Alan Guyatt Mature Learner Achievement Award. Hilary has been nominated for this prize because this year, against all odds, she has accomplished great things. She has been determined and tenacious in her research this year and she has been prepared to accept with pleasure her return to education. She is merely an incredible lady who succeeds in education, has significantly extended her creativity on the Art and Design course of the Foundation and, most importantly while being a great mother to her young kids.

Eve, Molly, Hilary, Amy, Connor, Lucy, Amber, Ethan, Jessica, Molly, Skye, Brendan, Adam and Molly have been the winners of. The Teacher and Support staff award recipients were: Bec Price, Sharon Miles, Kelly Hall, Emily Legge, Carlie Windows, Alicia Barnett. The distinguished Principal’s Award was given to the student who proved an exceptional accomplishment or contribution to the college was given to Shea Campbell.