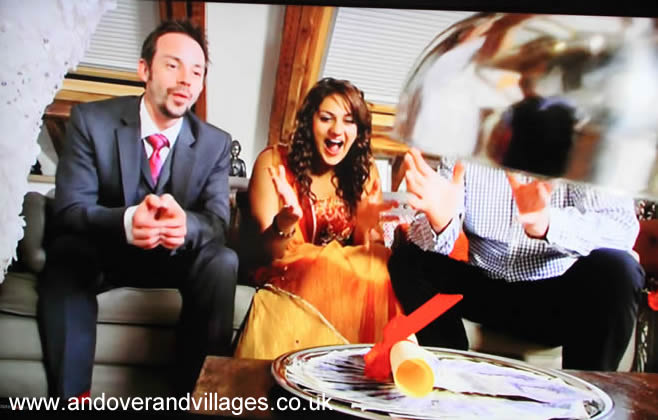 Local Author, James Littleworth, won the local Come Dine With Me that he starred in this week.

Pitched against Heather, Toby and Zaira, the one-hour episode followed the contestants around Hampshire, as they produced a three-course meal for each other.

James cooked on the third night of the week, and produced a starter of French Onion Soup, with a Gruyere Cheese Crouton, a main of Beef Wellington with Roasted Baby New Potatoes, Vegetables and a Red Wine Jus and a Dessert of Key Lime Pie.

James spoke to Andover & Villages, and said, “It was a fun-filled week with many laughs, good food and great company. I remained friends with all of the contestants. My partner and I have become firm friends with Heather and her husband Robin, and we have enjoyed many more meals together since the filming in July.”

Andover & Villages asked James about the spectacular ending that has got everyone talking across the internet, to which he said, “It really was a mad ending and I couldn’t quite believe it as it was happening, but Heather is very passionate and was utterly convinced that she had done really well. Unfortunately, the tension between her and Zaira meant that it affected the whole week, Heather’s evening and her score.”