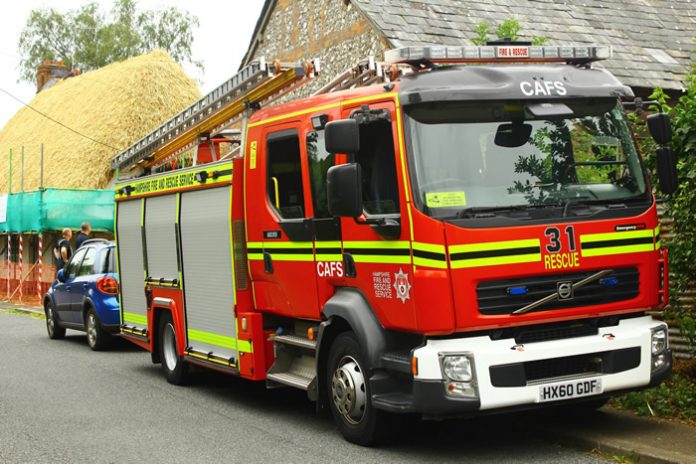 Emergency services are currently dealing with a thatch fire that is causing delays to the A30 at Sutton Scotney.

A spokesperson from Hampshire Fire and Rescue Service (HFRS) confirmed 11 crews had been sent to the fire in Stockbridge Road, Sutton Scotney.

Firefighters were originally called to the scene at 1.19pm and are still working to put out the flames.

Hampshire Fire and Rescue said, “Lots of planning for the hours ahead” –

Motorists and the public are advised to avoid the area due to a dangerous scene as well as multiple fire and rescue vehicles.