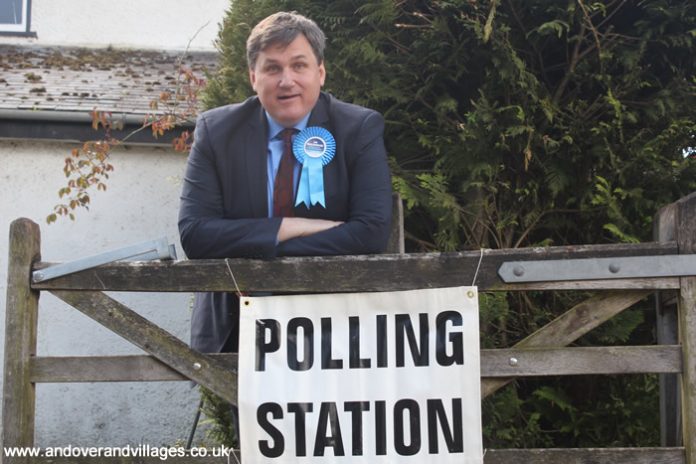 On Friday, North West Hampshire MP Kit Malthouse met with a wide range of stakeholders to discuss traffic on the A343 at Highclere village hall.

The road linking Newbury and Andover has been blighted by both HGVs and speeding causing concern amongst residents and motorists. The A343 is considered unsuitable for HGV traffic and cuts through the centre of villages on its route.

In the past Kit Malthouse MP has pressed to have the road de-designated from its current A-road status to prevent it appearing on HGV drivers’ GPS systems. Last Friday’s meeting was called following the disruption caused by HGVs using the road during snow storms in the spring.

At the meeting it was agreed that there would be a data-gathering exercise with residents encouraged to report all incidents on the A343 to the non-emergency 101 police number. There will also be a later discussion on traffic calming measures such as signage and traffic lights on the road.

Kit said: “The A343 is not unsuitable for HGVs and people hurtle along it at ridiculous speeds. During the heavy weather this winter we had lorries going off the road and many more unable to make it up the hill from Hurstbourne Tarrant towards Andover. The meeting was a success and the information we gather over the coming months should really strengthen our case for measures to solve this problem.”