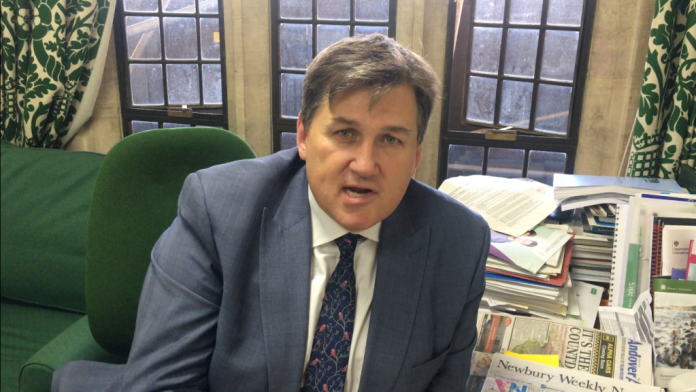 On Tuesday 20th March Kit Malthouse MP joined the Defence Medical Welfare Service (DMWS) at a reception at the House of Commons.

The DMWS is an independent charity which provides help and support to the Armed Forces community and other frontline staff whenever they are receiving medical treatment. For 75 years their practical and emotional support has ensured that no family goes through the worry of illness or injury alone.

The charity operates in hospitals and recovery centres across the UK, Germany and Cyprus for serving Armed Forces personnel, veterans and families. Their Police Medical Welfare Service is also currently available in Hampshire and Avon & Somerset. Their head office is based just outside Andover.

Recently, the cause was awarded £1.2 million of the £36 million collected from banking fines following the Libor-rigging scandal.

Kit said: “As ever it was a privilege to meet veterans and campaigners from the DMWS in Parliament. I have hosted this wonderful charity at the House of Commons myself before I became a Minister and it is a credit both to their hard work and to the importance of their cause that they always pull in dozens of MPs from across the country to hear about their efforts. Our duty to veterans begins when theirs to us finishes and the DMWS help us all care for those who have served.”