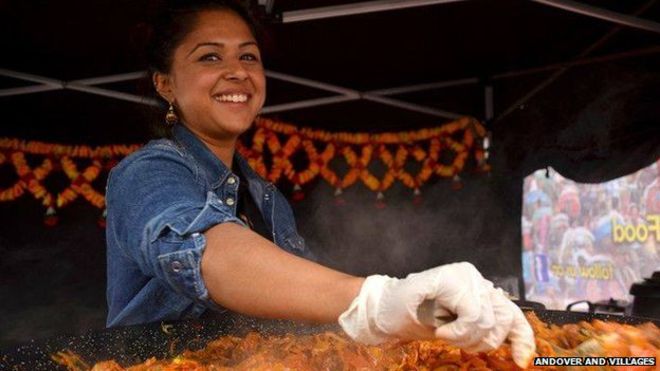 Local business, Chit Chaat Chai is at the centre of a racial media storm with Salisbury City Council this week.

Tania Rahman, one of the founder partners of the Indian street food company, requested a stall at the St George’s Day celebrations organised by Salisbury City Council, they were refused and the reason given was, ‘It was decided that St George’s day will be English themed food only’.

Tania said she was shocked by the response and promptly shared the Council’s refusal across the business’ social media pages, many followers commented on the posts with outrage and disbelief. Jordan Harris commented, “What an absolute disgrace. I wonder if they’ll be checking passports and heritage on the day to make sure the crowd is positively English.”

However, Ben Alltimes, a lone voice on the Chit Chaat Chair Facebook page, said, “I detect an element of anti-Englishness here. Why should every culture in the world be celebrated when English cultured is denigrated and denied? I don’t want to cause offence or have a slagging match, I just wonder where this anti-English attitude comes from. Many Indian things came from British culture; cricket for example.”

Tania received an apology from the Council and an invite to trade at the event.

The Council has spoken with Tania Rahman of Chit Chaat Chai about her complaint concerning the Council’s rejection of her application to trade at the St George’s Day Event on 26 April 2015.

The Council acknowledges that the email sent to Ms Rahman was poorly worded. The Council never intended to be racist. The theme of the St George’s Day event in 2015 was olde worlde traditional English with Morris Dancers and dragon fighting. Ms Rahman has raised some very interesting points about modern England and the Council will wish to reflect upon these issues when setting the theme for the St George’s Day in 2016 and onwards.

The Council is delighted to offer Ms Rahman an opportunity to trade at the St George’s Day event as part of our apology to her. Ms Rahman needs to discuss with her business partner before deciding if she wishes to attend. The Council has strongly encouraged Chit Chaat Chai to attend our other markets and events in the future.

The Council is sorry for any offence caused and looks forward to seeing Chit Chaat Chai trading in Salisbury.