Andover and VillagesAndover news, information and lifestyle
Home Local News Incinerator Set to be as Big as Two Cathedrals 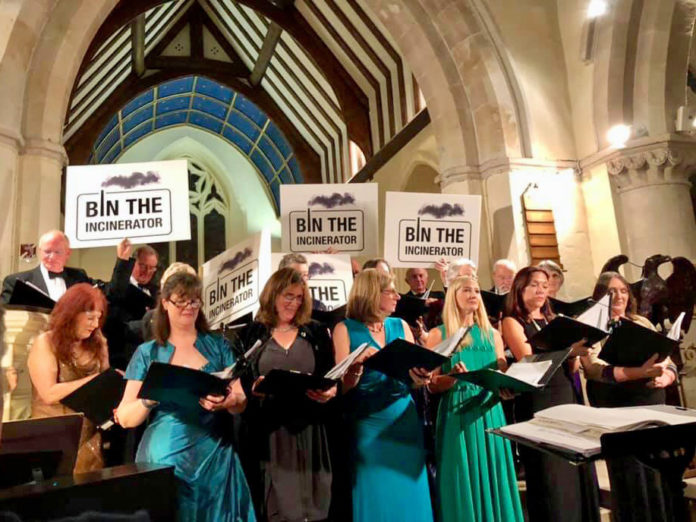 The ‘Bin the Incinerator’ campaign flexed their voices earlier this month in a bid to raise funds to stop the proposal for a massive power incinerator coming to the outskirts of Andover.

St Nicholas Church in Longparish hosted the concert that raised around £2500 to help fund the cause.

The choir waved ‘Bin the Incinerator’ posters as they sang the finale song ‘Do You Hear the People Sing’, audience members joined in.

If the plans for the incinerator were to go ahead, it would be situated in Barton Stacey, a couple of miles west of Andover.

Objectors have suggested that heat produced by the plant, which would be the size of two Winchester Cathedrals, would have nowhere to go and the company responsible for it would have to dig an 8km trench past Andover to reach the National Grid.

The ‘Bin the Incinerator’ team are urging locals to respond to the public consultation which is due to happen in the next month or so.