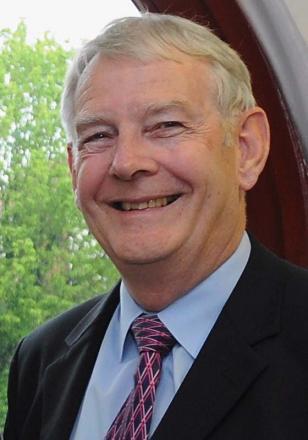 Mayor and former Leader of Test Valley Borough Council (TVBC), Councillor Ian Carr, has been given an MBE in the Queen’s Birthday Honours.

The award recognises his services to local government and the community after he served as leader of TVBC for almost two decades. He stepped down in May 2017 and is currently serving as mayor.

He said: “I was in complete shock when I opened the letter. It is obviously an incredible honour and one I really didn’t expect. Throughout my time as leader I genuinely sought to serve the community to the best of my ability and I hope to continue this as mayor.”

Current leader of Test Valley Borough Council, Councillor Phil North, said: “Ian has worked tirelessly for the benefit of Test Valley residents during his long period of service on the council – and this honour is thoroughly deserved. Having led the council since May 2017, I have an even greater respect for the job Ian did over 18 years.”

Some of the highlights during his time as Leader include the acquisition of Fishlake Meadows as an area for the public to enjoy ecological pursuits and informal recreation. He also oversaw the purchase of The Lights theatre, the Andover Leisure Centre site and Former Magistrates’ Court. In addition, he fought to secure £2.6M from the Enterprise M3 LEP and other funding for the construction of Andover College’s Future Skills and Technology Centre.

Over the past few years Andover has seen the delivery of two community halls, a 25 hectare Urban Park, dozens of sports pitches, two large sports pavilions and over 30 hectares of parkland and informal recreational space. In Romsey, the new community hall, pitches, pavilion and area of nature conservation at Abbotswood will be complemented by Ganger Farm becoming a hub for Romsey’s sporting infrastructure and home to a consortium of local clubs. Its vast facilities will include grass pitches, floodlit astro pitches, a massive sports pavilion and other vital sporting accommodation.