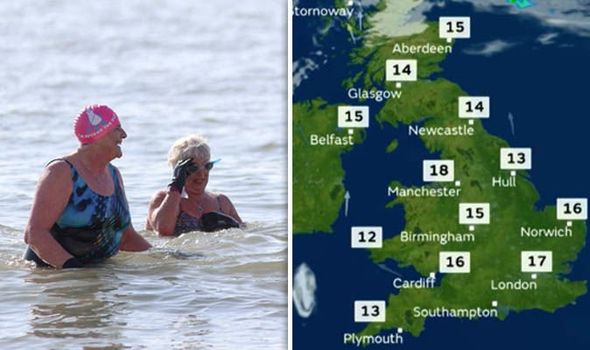 Today has been named the hottest February day on record in Britain according to The Met Office as the temperature had reached 20.3C

It's reached 20.3 °C at Trawsgoed, Ceredigion making it the UK's warmest February day on record. It's also the first time we've recorded over 20 degrees in winter pic.twitter.com/naGaJbjjWS

Earlier this morning, temperatures across parts of southern England were as low as 2C but when the fog lifted, it brought blazing sunshine and birds chirping across England.

And just after 1.00pm in Trawsgoed, history was made when the thermometer reached 20C – the first time it has ever happened in winter since records began.

Temperatures in Andover have reached upwards of 18C today, unusual for February. It’s unclear if this is Andover’s hottest February.