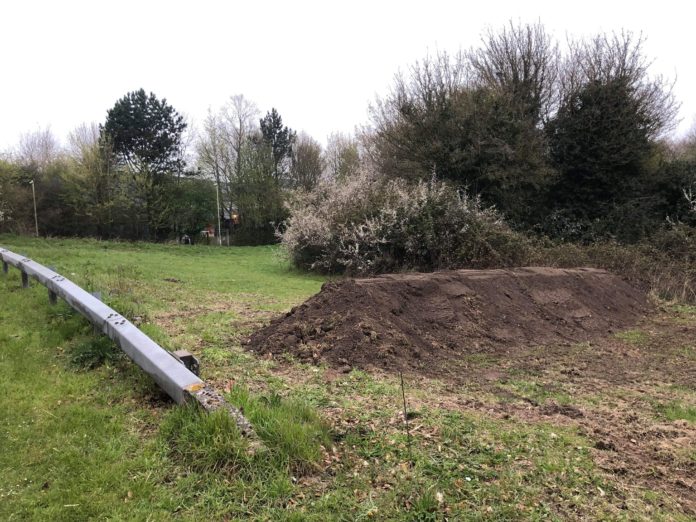 Hampshire County Council recently installed a repellent to reduce the travellers and trespassers from settling at the verge on Churchill Way, by Britax roundabout.

The natural mud-wall roughly 3.5ft high was constructed, alongside 79 trees including native oak, hornbeam and lime plus walnut, elm and various tulip trees.

A Hampshire County Council spokesperson told Andover and Villages: “The bund was installed to deter illegal access, following damage such as fly-tipped household waste, damage to trees and the remains of fires. In the autumn of 2018, trees were planted in the area as part of a County Council improvement scheme which has also included planting along with other parts of ring roads around Andover, such as Churchill way West and Northern Avenue. Some 79 trees were planted including native oak, hornbeam and lime plus walnut, elm and a few tulip trees.”

The land belongs to the Highway Agency.