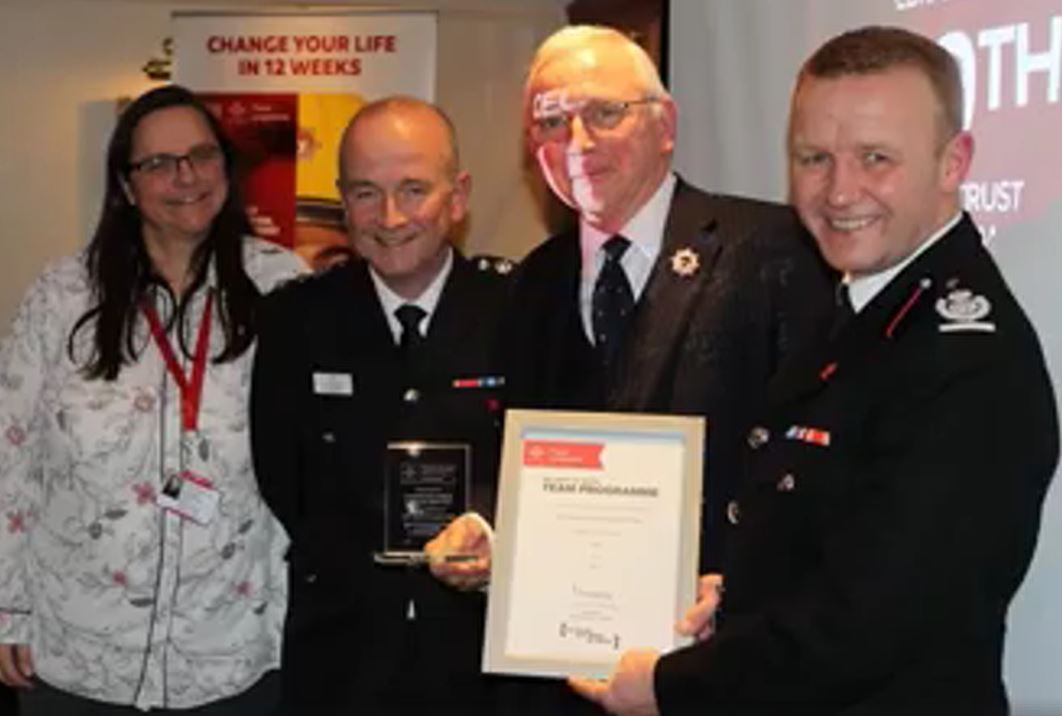 More than 1,400 young people have been helped by Hampshire Fire and Rescue Service’s Prince’s Trust programme which has just worked with its 100th team.

The 12-week course, which teaches people aged between 16 and 25 new skills, has been run by the fire service for 15 years.

A ceremony was held at The Hilton Double Tree Hotel, Southampton, to mark the achievements of team Southampton 45.

“It’s always a joy to be able to recognise the achievements of our young people on completing the course and to hear their individual stories of challenges they’ve faced and overcome.

“Many of those who have completed the course have gone on to further training and education or found the skills they developed on the course helped them on their career path.”

Further programmes will start in Southampton, Basingstoke, Rushmoor and Gosport on January 22.

“They bonded well as a team and have supported each other through every step of the programme.

“Everyone has progressed in a positive direction and have pushed themselves out of their comfort zones.

“I am extremely proud of each individual for their own personal development that I can see in every single one of them.”

Team Southampton 45 member Silvia Mudarikwa, who is 24 and from St Denys, added:

“During the team programme I enjoyed getting to meet new people, learn new skills and overcome fears. I have a fear of water but overcame this to go canoeing.”

She believes her achievements on the course helped her land a part time job.

Elena Latsenko, 23, from Bassett, also a member of the team, said:

“I joined the Prince’s Trust team programme because I had lost direction of where I was going in life.

“I joined to come out of my comfort zone and to regain my confidence, while gaining qualifications.”