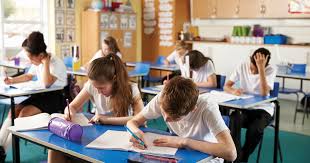 Hampshire’s 11 year olds are outperforming those in similar counties at the end of their primary school education.

Analysis of the performance of Hampshire schools in this year’s (May 2017) Key Stage 2 assessment tests has highlighted they are top of the group in every measure, compared with their statistical neighbours.

Councillor Peter Edgar, Executive Member for Education at Hampshire County Council, commented: “This is fantastic news and is testament to the high standard of education we have in this county. It reflects why over 90 per cent of Hampshire schools are judged to be good or outstanding by Ofsted.

“I would like to congratulate school staff and pupils for their excellent performance. We are fortunate in being able to support our family of schools with a range of school improvement and other services that contribute to their ability to excel.”

Nationally, the percentage of children achieving the expected level in reading, writing and mathematics was 61 per cent, whereas in Hampshire, the percentage was 65 per cent.

In reading, 76 per cent of Hampshire pupils gained the expected level compared with 71 per cent nationally, and percentages ranging from 70 to 74 per cent across the statistical neighbours – that is, other counties with a similar population, economy, demography and geography. Hampshire’s percentage for the expected level in mathematics reached 77 per cent, compared with 75 per cent nationally and 75 per cent or lower in statistical neighbour authorities.