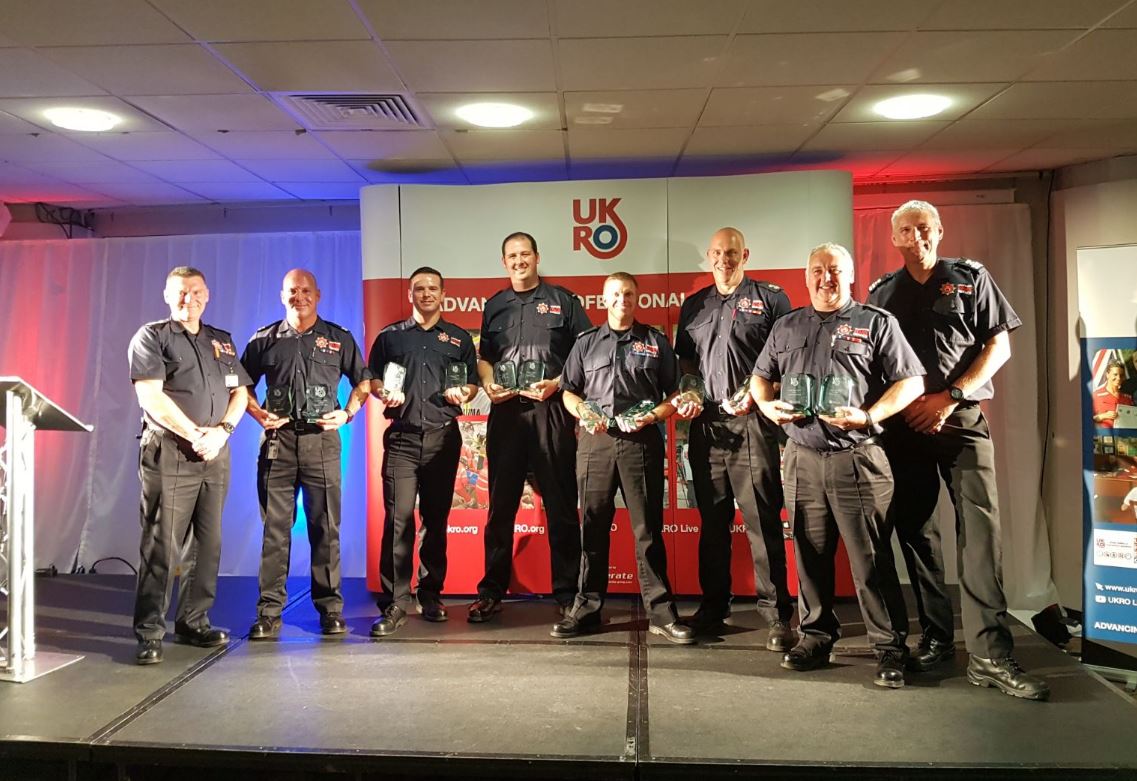 Hampshire Fire and Rescue Service crews have been crowned national champions for having the best Urban Search and Rescue team (USAR) and best trauma team in the country.

The six-man USAR group won twelve trophies leading the field in the areas of command, medic and technical skills. They were also named best overall team.

The newly-crowned national champions won the clutch of awards at the annual United Kingdom Rescue Organisation (UKRO) challenge in Humberside.

The group – who will be part of the Specialist and Technical Rescue Team soon to be based Eastleigh Fire Station – took part in four two-hour challenges to claim the title.

Station Manager Chris Roper said: “This is the best we have ever done. I am immensely proud to be heading up such a talented and dedicated team, and to see them recognised at the highest level.

“The challenges the firefighters faced tested all of the skills they may have to call upon in operational situations.

“It was also a good chance to see how other services do things and see if there was anything we could take back to our drill yard.

“These awards are a great chance to showcase and further hone our skills which ultimately help keep the people of Hampshire safe.”

The team had to simulate the shoring up of a stadium after an explosion and create a safe working environment to search for casualties.

There was also a problem-solving exercise where the crew had to safely move and reorder a set of 500kg hoops, manoeuvring the heavy loads over vehicles in midair and around obstacles with precision.

Another test saw the group carry out a visual search of a 10ft by 6ft container by using just the limited eye holes plus camera and audio equipment.

Based on the evidence they found they had to piece together what had happened.

This was to simulate incidents when disaster teams have to make holes in walls to locate casualties in collapsed buildings.

Meanwhile the trauma team of Kerry Charlton and Ian Cooper outperformed the cream of other fire and rescue services in two 10-minute trauma challenges.

The first involved the treating of a single casualty suffering from gunshot wounds to the stomach and shoulders after a gangland-style shooting.

The second scenarios simulated a bus crashing into a building with multiple casualties displaying a variety of symptoms.

The team had to assess people with collapsed lungs, breathing problems, swelling on the heart and head wounds to identify those most in need of immediate help.

Watch Manager Ian Cooper said: “It is a great privilege to take the concepts and strategies that we use in Hampshire and showcase them on a national level.

“As a fire service we are really pushing the envelope with it comes to medical care and it is fantastic to see this recognised.

“The UKRO event is a great opportunity for firefighters with specialist skills to learn from one another and we are always looking for more and better ways to keep the communities of Hampshire safe.

A second HFRS trauma time just missed out on a podium finish coming fourth and the extrication team came ninth at the event held on September 8 and 9.