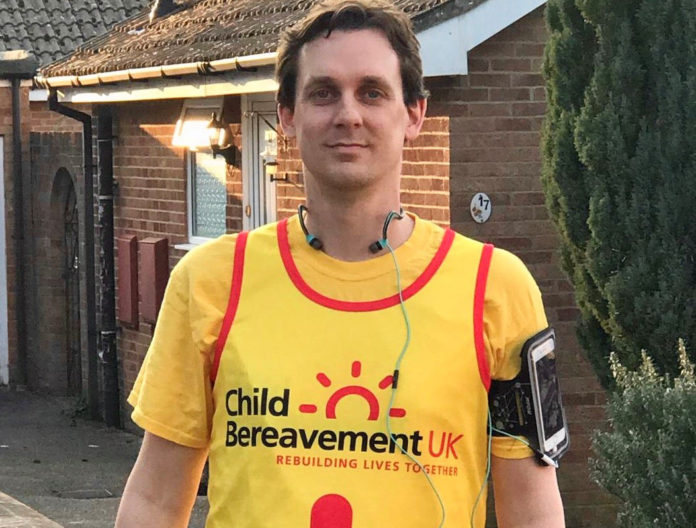 A bereaved father from Hampshire is fulfilling a lifelong ambition and running the London Marathon in memory of his baby daughter Alexandra.

Edd Butters is raising funds for Child Bereavement UK,  a charity which supports families and educates professionals when a baby or child of any age dies or is dying, or when a child is facing bereavement.

“I’ve always wanted to do the London Marathon,’ says Edd. “Taking part in the event is a great way of raising funds for a charity that means something to me in memory of Alexandra.”

Alexandra was due to be born at the end of March 2018. Throughout the pregnancy, she had always been diagnosed as a healthy baby with no ailments. In late January, Edd’s wife went to the hospital as she was concerned that she hadn’t felt Alexandra move for a while.

The doctors examined her and elected to do an emergency caesarean section. Alexandra was born soon after and immediately rushed to intensive care. After some very anxious hours, and the hospital staff doing all they could, they were not able to save her, and sadly she died just eleven hours after being born.

Edd has been busy training for the London Marathon by doing half-hour jogs, sprint sessions and a full hour jog each week.   Despite injuries which meant he had to take two months off his training, he is now hoping to do enough to complete the run on the big day.

If you would like to support Edd, please go to his Justgiving page: https://uk.virginmoneygiving.com/eddie-butters-SAVMLMBONDS3332019-5768