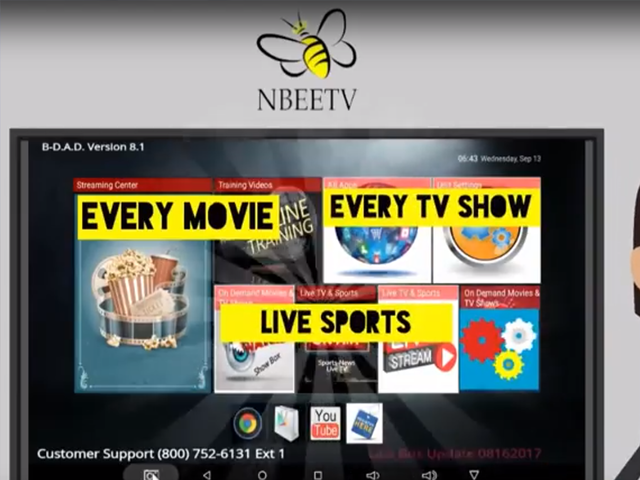 On Tuesday 11 September, officers from Hampshire County Council’s Trading Standards Service, assisted by colleagues from Hampshire Constabulary, executed a warrant at an address in Hampshire, as part of an investigation into alleged offences arising from the streaming of copyright television.

A 41-year-old man and 30-year old woman from Bursledon have both been arrested on suspicion of offences under the Copyright, Designs and Patents Act 1988 and associated money laundering under the Proceeds of Crime Act 2002. They are currently being questioned by Hampshire County Council’s Trading Standards officers.

Hampshire County Council’s Leader, Councillor Roy Perry, said: “Providing copyright material such as that from Sky or BT Sport, brings a significant loss to legitimate businesses; this is illegal to provide and I would urge residents to be careful when they are signing up to subscription services from third parties as it is also illegal to watch.

“It is possible to trace this type of online activity, and we will continue to investigate and pursue those involved in illegal streaming of copyright television as it threatens the livelihoods of those working legitimately in the industry and the wider UK economy.”

These arrests are the culmination of a year’s complex investigation which has involved a number of different agencies. This case was originally referred to Hampshire County Council Trading Standards by the Federation Against Copyright Theft, who identified a number of potential suppliers of illegal streaming in the UK. The arrests form part of a wider investigation, coordinated by Europol, which has involved executing warrants in Southern Ireland and Scotland.

If you have any information or are concerned, contact The Citizens Advice Consumer Service on 03454 04 05 06 or online.