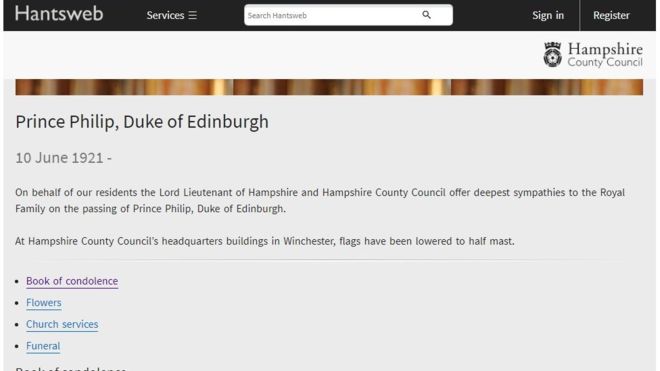 A webpage was briefly published on the Hampshire County Council website regarding the false death of the Duke of Edinburgh (Prince Philip.) The mistake was blamed solely on an ‘internal error’

The webpage was shortly removed after being published.

It originates as the Crown Prosecution Service earlier announced that it would not be prosecuting the Prince over a recent crash in North England.

The BBC found the uncertain webpage during checks for the news on the Duke.