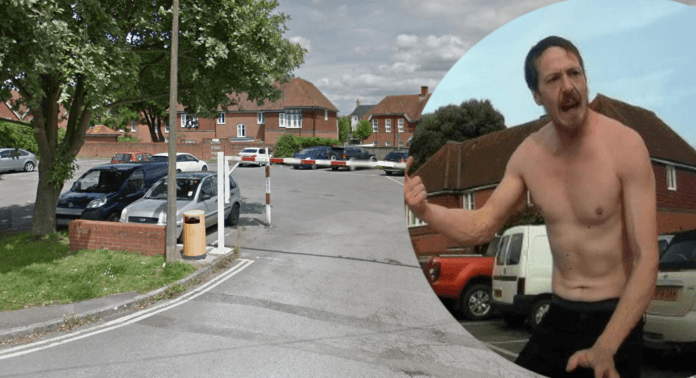 Police are investigating a disturbance which occurred in Lugershall at the weekend.

At approximately 1.35pm on Saturday, March 2, a 73-year-old man was reversing his vehicle in the car park along St James Street, when an argument took place between the driver and a man who was not known to him.

The man became aggressive, removed his t-shirt and began kicking the driver’s vehicle, causing extensive damage to the side door and wing mirror.

He also caused a minor injury to the driver’s arm while kicking the door.

The suspect is described as white, approximately 5 ft 7 inches tall, of medium build with short hair. He was wearing black trousers and had been carrying a young child when the argument began.

Police have released an image of the man they are keen to speak to in connection with the incident.