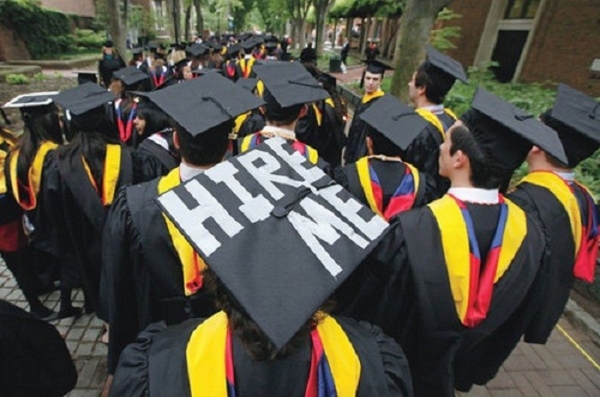 Over four fifths (81%) of recent university graduates in the South East say experience of work is important when trying to find a job, whilst just over half (58%) said qualifications were important, according to research commissioned by independent education charity, the Edge Foundation.

The OnePoll survey[1] found that among employed graduates in the region, almost half (46%) are in jobs which don’t require a degree, while over a quarter (27%) said they could have got where they are now without going to university.

· In the survey, the South East had the highest number of recent graduates (15%) without a job in the country.

The findings are published ahead of The Skills Show this week (19 -21 November), the nation’s largest skills and careers event, of which Edge is a lead sponsor.

Bekah Leonard is 19 and from Aldershot in Surrey. She left school last June with four A levels and was going to university to study journalism until an apprenticeship caught her eye on Twitter. It was posted by the career development website Uni’s not for me. Bekah says:

‘I didn’t realise you could do apprenticeships in journalism; I thought they were all about plumbing. My mum said, ‘You can’t be a journalist without a degree’, but now she thinks when I’ve finished it will be far more of an achievement than going to university. I’ve had the opportunity here to try different aspects of the profession so I know where I want to focus in the future’.

Bekah is now in the second year of her level 3 NVQ in journalism. She goes to college one day a week and spends the remainder at Uni’s not for me where she writes a blog and produces a monthly magazine for schools.

The Edge Foundation is urging young people to visit The Skills Show at the Birmingham NEC to see the variety of options for further education and training available. Employers such Jaguar, Crossrail and Virgin Media and further education colleges will offer advice and information about the apprenticeship and training opportunities they offer.

‘People have been led to believe that a degree is a guaranteed passport to success, when in fact university is not the only route to a rewarding and prosperous career.

‘Our research reveals that many young graduates feel let down. We need a range of learning options, not only because graduates are feeling short changed on their investment, but because we need a skills base which will serve the increasingly technical and diverse UK economy.’