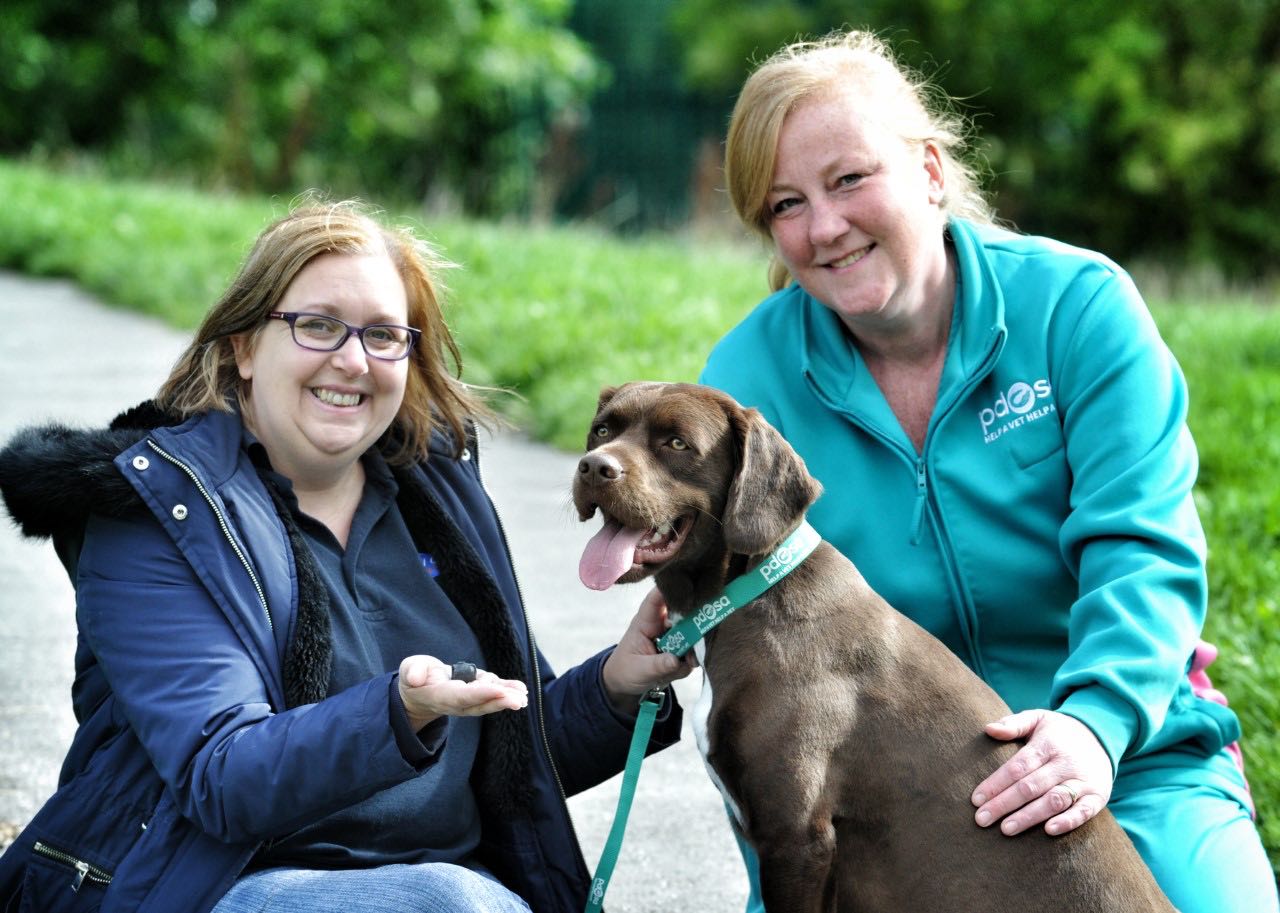 Over 1,000 pet owners and animal workers have been equipped with life-saving pet first aid skills over the last 18 months thanks to PDSA. But the charity says many owners are not aware of simple steps they can take to help stabilise a pet in an emergency situation.

Olivia Anderson-Nathan, PDSA vet, said: “We teach first aid skills on our courses, which can equip pet owners with valuable skills to be “first responders” if their pet gets into an accident. These don’t replace veterinary treatment, but in an emergency these could quite literally save a pet’s life.

“Even though it’s something you hope will never happen, it’s best to be proactive. Keeping a first aid kit in the car and in the bathroom cupboard and brushing up on the basics can make a real difference should an accident happen.

“Knowing your ABC’s for animals – airway, breathing and circulation – can help you to assess your pet if they collapse and give CPR if necessary. Stemming bleeding using firm pressure or a temporary bandage can buy you valuable time until you can get your pet to the vets. We’ve seen several examples of pet owners putting our advice into practice after coming on our courses, where without them they might not have known what to do.”

Between January 2017 and July this year, PDSA hosted 93 courses attended by 1,103 animal lovers, teaching them skills such as pet CPR, bandaging and what to do if your pet suffers a seizure.

PDSA says there is growing interest in pet first aid and plans to provide even more courses over the next year.

Olivia added: “Our pet first aid courses have been a huge success and demand is rising.

“Most of our courses are free for owners. Last year we received generous funding from players of People’s Postcode Lottery which enabled us to start the programme.

“So far we’ve taught over 1,000 people, who each have a chance of helping pets survive from life-threatening emergencies as a result of their new knowledge.”

PDSA hosts the courses at various locations including its Pet Hospitals, community halls and buildings, as well as in partnership with local councils and housing associations.

The charity has also created a new pet first aid guide so people can learn the basics. It includes step-by-step instructions on what to do in the event of a road traffic accident, if your pet is poisoned, and several other scenarios. It also covers pet CPR and what to include in a pet first aid kit.

To receive a free copy of the guide by email, visit pdsa.org.uk/petfirstaid

Janice Latreche, from Oldham, was at home when her beloved puppy began choking and gasping for breath.

She said: “Milton had somehow got hold of one of my grandson’s action figure toys and was choking on it.

“I could see that he was struggling to breathe but I didn’t panic and remembered the skills I had learned on the PDSA course. I tried to see if I could pull the toy out from his mouth but I couldn’t, so I used a technique which is like an animal equivalent of the Heimlich manoeuvre – and it just popped out.”

As soon as the toy became dislodged Milton was able to breathe and Janice calmed him down before taking him to her vet for a check-up.

“Life-threatening emergencies can occur at any time and require speedy action, so it’s important to know what to do in a situation like this. Many people have a basic understanding of first aid for humans but when it comes to pets, a lot of people wouldn’t know what to do.
“Knowing how to respond in an emergency, and being prepared, can make the difference between life and death.