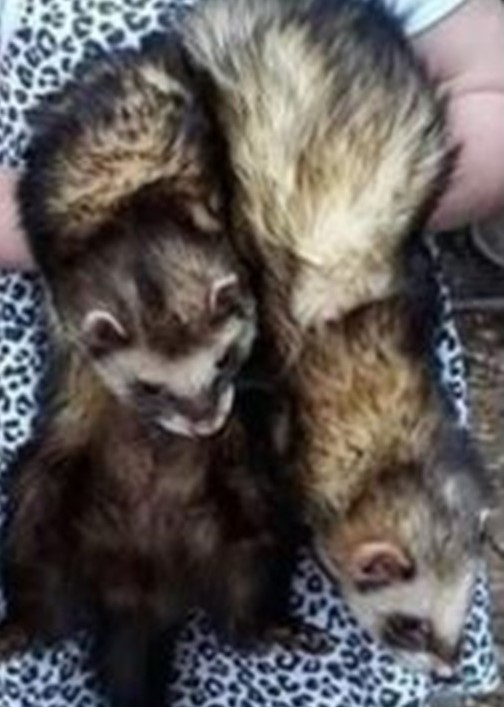 Police are appealing for information after four ferrets were stolen during a burglary in Stockbridge.

It took place in Roman Road sometime between 7pm on Monday 6 January and 5.30am the following day.

It was reported that offender(s) entered an outbuilding to a house and stole gamekeeping equipment, such binoculars and a game bag.

Four ferrets were taken from hutches in the garden. Netting, described as pure white in colour and made out of hemp, was also taken.

Two of the ferrets are brothers and around five years old. They are polecat-ferret hybrids, nearly double the size of a domestic ferret, and are light brown in colour with black ‘racoon mask’ markings on their faces.

The other two are sisters. They are pure white albino ferrets with red eyes and are both aged three years old.

PC Steve Rogerson, from Hampshire Constabulary’s Country Watch team, said: “We want to hear from anyone with information that could help our investigation.

“The two female ferrets have been described as aggressive and will bite, so whoever has taken them will need experience of handling such animals or they may be at risk of injury.

“Do you know where these ferrets are? Have you been offered them for sale recently? Perhaps you were in the area at the time and noticed something suspicious? If so, please contact us.”

Anyone with information should call police on 101, quoting the crime reference number 44200007205.