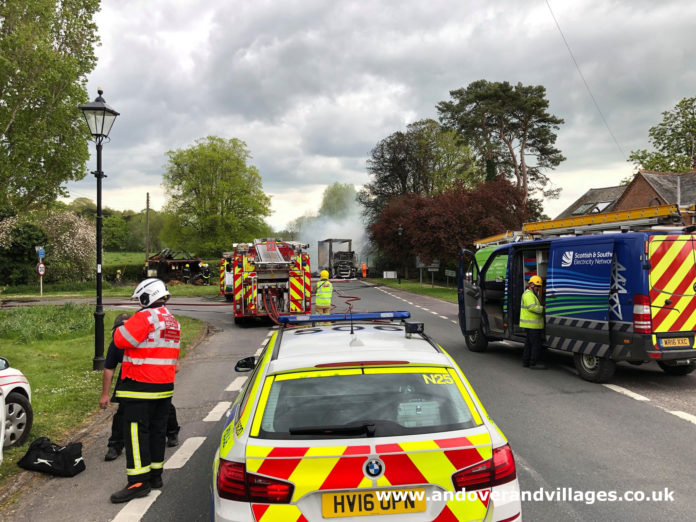 A white ‘MAN’ lorry carrying food goods was seen a-blaze earlier this afternoon at the Hurstbourne priors junction. The fire, reported to Hampshire Fire and Rescue at 12.38pm today, 2nd May.

The incident is still on-going and no other vehicles were involved and not believed to be carrying any items at the time, however, it was later disclosed that it was carrying.

Embers are believed to strayed towards the bus stop next to the blazing MAN lorry and set it alight.

The incident has caused disruptions and Stagecoach buses are being diverted.