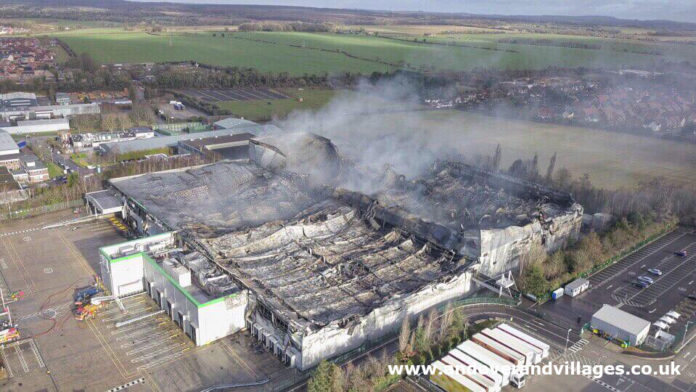 In February a huge fire destroyed Andover’s Ocado warehouse, which employed more than 700 people from the area.

The fire has now been confirmed as an electrical fault by investigators.

Homes nearby of up to 500 metres were evacuated, firefighters feared a gas tank outside the warehouse would explode, however, this did not happen.

The online supermarket has said that a similar event would not happen again.

Ocado said an investigation by Hampshire Fire and Rescue Service and its insurers concluded the fault caused a robot to catch fire.

More than 300 firefighters worked to tackle the blaze.

More than 30,000 orders – 10% of Ocado’s capacity – were processed by robots at the Andover warehouse each week.