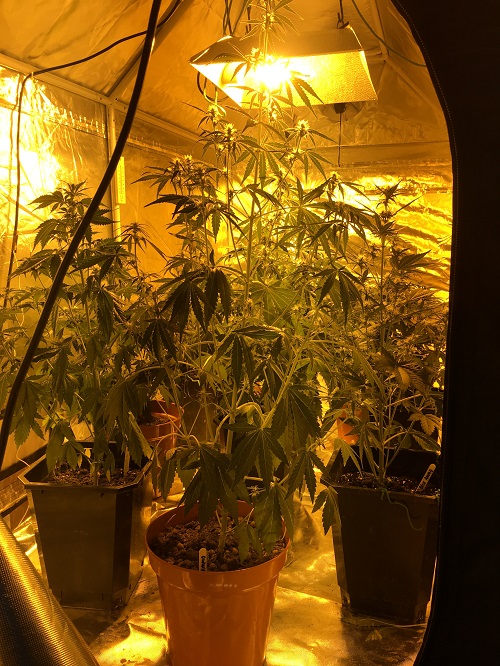 As a result of intelligence gathered by the local Community Policing Team a warrant was carried out at an address in Upper Chute yesterday, Tuesday 7 February 2017.

Shortly before 5:00 pm the Misuse of Drugs warrant was executed at a property in Upper Chute.

Officers found a metal shed in the rear garden with a water supply and 11 mature cannabis plants inside. Photos attached.

A 19-year-old local man was arrested on suspicion of possession and cultivation of cannabis and was taken to Melksham Police Station. He was subsequently released on police bail pending further enquiries.

Sergeant Russell Griffin said: “My team have been dynamic in developing local intelligence and targeting vehicles and suspects in relation to drug-related offences. Part of this intelligence picture was provided anonymously from concerned members of the public and I would encourage anyone who has information about drug misuse in their area to contact us so we can take action. We know the negative impact that drugs have on our local communities and need people to work with us to put a stop to what criminals believe is a low risk, high-profit opportunity.”

Anyone with information is asked to contact the Community Policing Team (East) on 101. Or information may be left anonymously via Crimestoppers 0800 555 111.