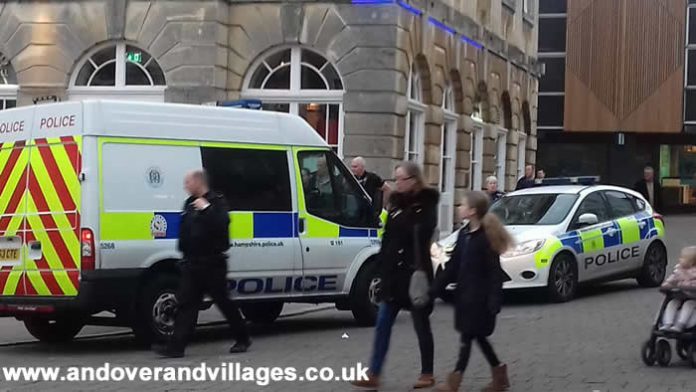 An arrest following a police chase was made in Andover Town Centre this afternoon.

There were at least two other police on foot and then more came out of the vehicles, the man was grabbed and arrested and was shouting ‘Where is the f***ing phone then?’

He was put in the back of the police van and was taken away.”

“The 35-year-old man from Andover was arrested in connection with a theft at the Maplins store, in Newbury Road, on Tuesday, January 31 and two incidents of public order in Andover town centre on Saturday, February 4. He is currently in police custody.”