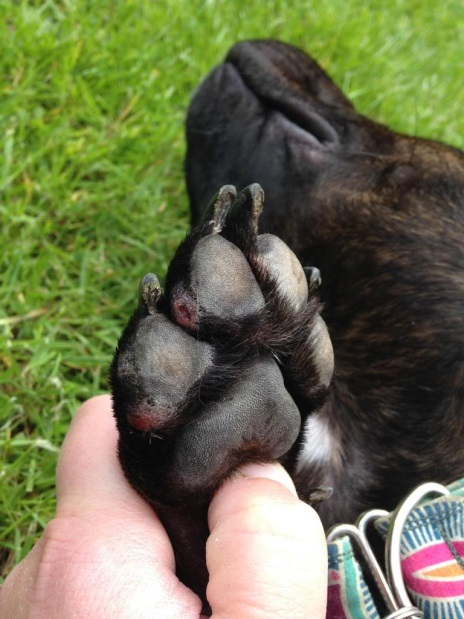 Dog owners are again being warned to remain vigilant for symptoms of the potentially fatal disease, Alabama Rot after two more cases have been confirmed.

Anderson Moores Veterinary Specialists have confirmed another case in Bearwood, Dorset and Penkhull, Stoke-On-Trent bringing the number or confirmed cases of the disease to 86 in the UK since 2012.

Vets are now urging all dog owners to be aware of this disease, learn what to look for and seek advice immediately if your dog develops any unexplained skin lesions. Also known as cutaneous and renal glomerular vasculopathy (CRGV),

Alabama Rot leads to skin lesions, kidney failure and death but the cause remains unknown. The concern among vets in the UK is that, unlike the Alabama Rot that affected greyhounds in America, the disease does not seem to target any specific breed, age, sex or weight of dog. Symptoms include skin lesions, fatigue, loss of appetite, fever and vomiting.

If a dog becomes infected the best outcome will come from early and intensive veterinary care, which has resulted in some dogs successfully recovering. You can take steps to avoid your dog getting Alabama Rot, for instance, avoid taking your dog for a walk in muddy wooded areas, especially after a period of heavy rainfall. You should also wash dog paws and legs after a walk.

Any dog owners who think their pet has Alabama Rot symptoms should contact their nearest vet immediately. For further information and advice visit: http://www.vets4pets.com/stop-alabama-rot/