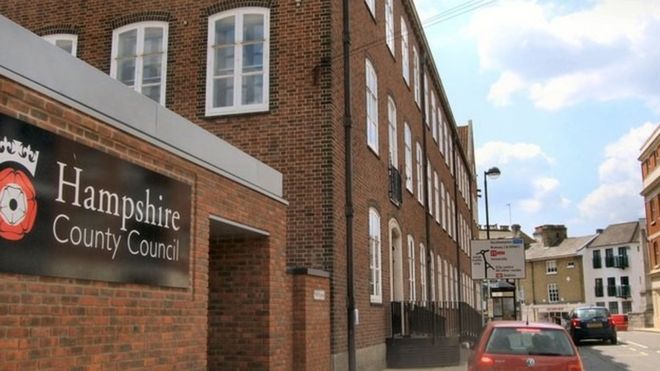 Councillor Still was elected to the position at the Annual Meeting of the County Council on Friday 18 May 2018.

In her role as Chairman, Councillor Still is the civic head of the County. She will represent the County Council on royal visits and ceremonial occasions in Hampshire as well as carry out other civic activities and duties. The Chairman presides over County Council meetings and ensures they are conducted in line with Standing Orders and that they are a forum for debating issues.

Councillor Still was first elected to Hampshire County Council in 2005 to represent the Loddon division in Basingstoke. During that time, she has chaired the Culture and Communities Select Committee and more recently the Policy and Resources Select Committee. She has also served on the Environment Select Committee and the Health and Overview scrutiny Committee. Councillor Still was elected Vice Chairman of the County Council in May 2017; and is currently a Borough Councillor for Chineham ward in Basingstoke and Deane, first elected in 2002. As a Borough Councillor she served in the Cabinet, and held the Environment portfolio for several years.

Cllr Still’s interests are spending time with her family and friends and walking with her two Chihuahuas Bernard and Sweetpea through the countryside and parks in beautiful Hampshire. Her love of the countryside is reflected in her theme as Chairman of “All Things Healthy and Green; All Creatures Great and Small”. Cllr Still explained: “My aim for the year is to look after nature so nature can look after us. Access to green space, rural and coastal environments has close links to physical health and mental wellbeing; and Hampshire enjoys some of the most beautiful outdoor spaces in the country.”

Outgoing Chairman, Councillor Graham Burgess was thanked at the meeting for his past year’s tenure. On stepping down from his role as Chairman, Graham Burgess said: “Thank you for your support, not just today but throughout the year. This past year has been extraordinary. It has been an enormous privilege for me to represent you and it has been an honour to broadcast the Hampshire message. A highlight for me was being able to watch the magnificent performance of 1,700 exceptionally talented Hampshire musicians and dancers from the Royal Box. Being able to go on stage to thank everyone for all their efforts is a memory I will always treasure.”

Councillor Roy Perry, Leader of Hampshire County Council, confirmed Cabinet roles following Councillor Peter Edgar and Councillor Andrew Gibson having to stand down for health reasons. Councillor Perry said: “Peter hopes to be back in the County Council in the autumn but I do want to place on record the great work he did with and for Hampshire schools and children.” He also thanked Councillor Gibson for his work while Executive Member for Culture, Recreation and Countryside; “Andrew has done a great job – libraries well supported, and the country parks like Lepe and Queen Victoria being totally revamped so they become cost neutral.”

The full Cabinet has been confirmed as follows:

Executive Member for Environment and Transport

Executive Member for Communities, Partnerships and External Affairs including Brexit

Executive Member for Education and Skills, Human Resources and Performance

Executive Member for Culture and Recreation