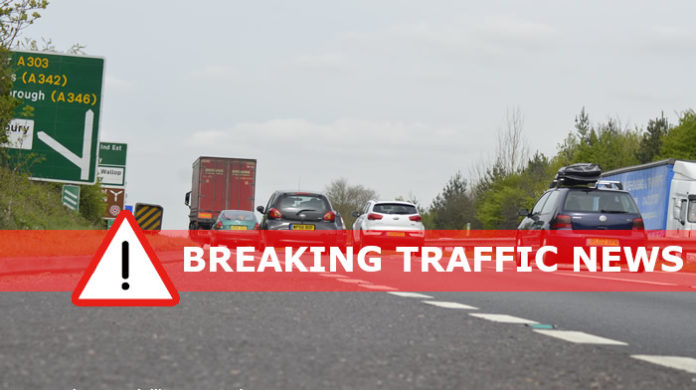 The M3 in Hampshire is currently closed westbound between J8 (Basingstoke South) and J9 (Winchester), due to a collision incident with all emergency services in attendance.

A diversion is available following the solid black triangle symbol from J8 with approaching traffic being diverted on to the A303 westbound to its junction with the A34, to then proceed south on the A34 where the road re-joins the M3 at J9

Road users may wish to consider alternative routes and should allow extra time for their journeys.

POLICE UPDATE 08.30am – Hampshire Police are currently dealing with a serious collision on the M3.

The collision, at 6.23am, involved a car and a van at junction 8, by the Winchester services, on the southbound carriageway.

Two people have been taken to hospital with serious injuries.

A diversion is in place.

The southbound carriageway is expected to be closed for most of the morning.

The northbound lane expected to be opened sooner.

We apologise for any inconvenience caused and we will update as soon as we can.