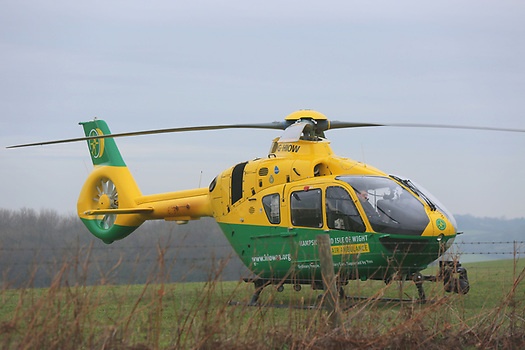 At around 3.30pm, a young child thought to be a girl was hit by a passing car on the Smannell Road adjacent to the Tesco Express Store on Cricketers Way. An air ambulance was called to the scene but it appears the child was instead taken to Winchester Hospital in a road ambulance.

The Helicopter containing an ambulance crew landed on the field next to the road and took off at around 4.20pm whilst a small crowd watched on, phones in the air recording the incident.

A car thought to be involved, was stationary with a broken wing mirror in the nearby lay-by.

The road was closed off for around 40-60 minutes but is now fully open, Andover & Villages will continue to report with further updates.