Andover and VillagesAndover news, information and lifestyle
Home Charity Chief Constable to Fall 10,000ft for the Fallen this Weekend 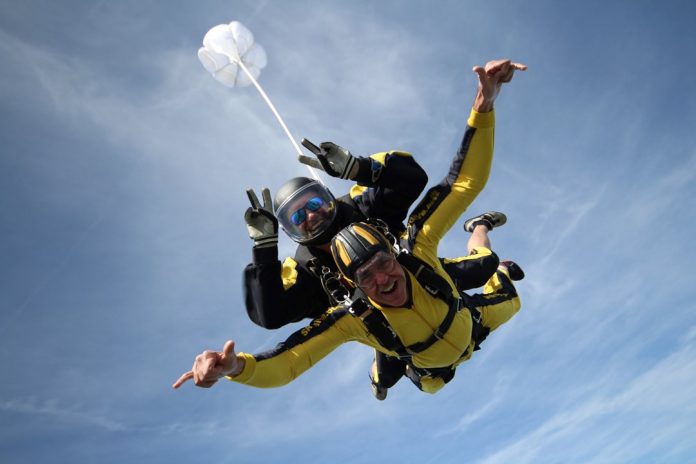 Chief Constable Kier Pritchard will be falling for the fallen this weekend as he completes a skydive in aid of Alabaré’s Homes for Veterans.

On 10 November, Kier will be one of 100 people skydiving to mark 100 years since the end of World War One.

As the largest provider of dedicated accommodation for former serving military personnel outside of London, Alabaré has 124 beds in homes varying in size from three to eight bedrooms across South England and Wales.  Each of the homes focuses on enabling the veteran of all ages to overcome issues that have led them to become homeless.

Kier said: “I am really looking forward to the skydive, albeit I am a little apprehensive about jumping from a plane at 10,000 feet. When you look at some of the statistics relating to homeless people, it really does speak volumes. For example, the average life expectancy of a homeless person in this country is just 47, and at least 78 homeless people died in the UK last winter. These are really shocking statistics.

“I am told 15 per cent of ex-servicemen and women struggle to engage and make a positive transition into civilian life so this charity is really vital in providing them with support they need to overcome issues around mental health, transferring skills from the military to civilian employment, secure housing and learn to integrate into society.

“The fact that it is being held on Remembrance Weekend, 100 years since the end of WW1 makes this a really special fundraising event and I am honoured to be part of it. I hope we are able to raise enough money to be able to make a real difference to people’s lives.”

Laura Knight, Alabaré’s Community Engagement Officer said: “Those taking part in the skydive will be making a real difference to the lives of those that we help and we are really thankful for the support we have received. The event is special in the sense that whilst commemorating those that served in World War One, we can also ensure that we are there for the heroes that need our help today.”

A total of 100 people will be taking part in the event Old Sarum Airfield on Remembrance weekend including High Sheriff of Wiltshire Nicky Alberry.