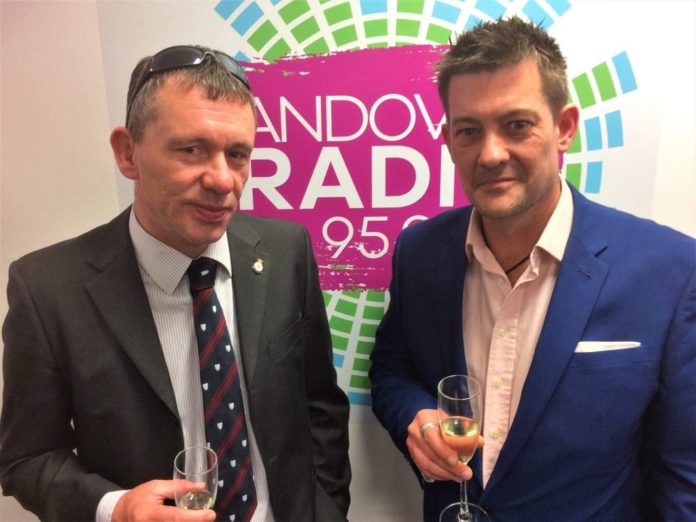 Andover Armed Forces Day appears to be quite the money spinner according to Love Andover Ltd/Andover Radio Ltd Director, David Harber. Meanwhile, the charities stated as being ‘supported’ by the event, have not received a penny of the reported £35,000 it brought in for Andover Radio Limited.

In October 2018, Harber told a room full of his community radio peers, “We’ve run two Armed Forces Days in Andover, I’d love to talk to you guys about this because in total it’s probably brought us in £35,000 or so and bear in mind my radio station is only six months old.”

It is not entirely clear how they have made such a vast sum of money from a charitable event, but the news has come as a shock to the charities the event is suggested to support.

In 2018 the Love Andover website stated; ‘Charities being supported this year include Veterans in Action, Royal British Legion and Scotty’s Little Soldiers.’

Andover & Villages have spoken to Scotty’s Little Soldiers who said, “We haven’t received any money from Andover Radio Limited or Love Andover Limited as a result of Andover Armed Forces Day, but we were given a free stand at the 2018 event in order to collect our own donations on the day.”

Scotty’s Little Soldiers is a charity dedicated to supporting children & young people who have lost a parent whilst serving in the British Armed Forces.

The Royal British Legion have at the time of publication, been unable to locate any financial donation from Love Andover Limited or Andover Radio Limited.

Billy MacLeod from local charity, Veterans in Action told Andover & Villages, “I wasn’t aware that we have ever been a named charity for Andover Armed Forces Day, we haven’t received any financial donations from either of the events, but we are given a free stand and will have one again this year.

He went on to say, “We don’t go for the money, although money is always welcome.”

There appears to be a movement of money between the two limited companies, both of which are headed up by David Harber and Mo Sweeney. In the video above, Harber can be heard to brag about how he gets around Ofcom income rules for a community radio station by putting on events with one company, in this case, Andover Radio Limited and the other company Love Andover Limited, invoicing Andover Radio Limited for services.

He states openly that ‘Love Andover Limited’ can apply for public funding, ‘Andover Radio Limited’ can then charge them back for promotional and other services, meaning they are able to pocket money from community grants by using clever accounting.

“We support the event by having a stand where myself and other Community Development Workers attend, but that’s as far as it goes.”

In 2018, the MOD gave Andover Radio Limited £6,000 although they applied for nearly £8,000, they were also given a £1,000 Councillor Community Grant. It is unclear at the time of publication if there were more donations or grants for either year.

Harber says in the video that with his licence he wanted to support the local economy, “but what I really meant was I wanted to sell lots of advertising.”

Proudly telling the room of his peers, Harber said that he has made Andover Radio ‘very commercial’ and has achieved that by using Love Andover Limited. He makes money from the two companies from defibrillator trainings, splitting invoices so he can lose on-air advertising charges and of course putting on local community events so that one company can charge the other.

Harber attended the training in October 2018 which was hosted by Home Counties Community Media, to give a presentation on Andover Radio and more specifically focused on revenue streams for a community radio station whilst staying within the Ofcom Licence Rules.