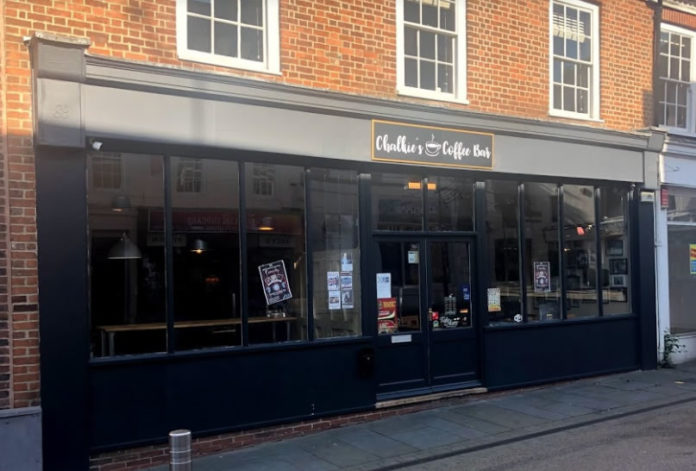 After a turbulent year, Chalkies, formally known as Butters in Andover has closed its doors, seemingly for the last time.

Having first opened its doors in April 2014 by local man Stuart Blake and his family, the cafe promised to be the coolest new cafe in town, with its eclectic shabby chic style, board games and a full menu promising to offer fresh local produce.

From the off, there were issues with customer service, food and the way customers were spoken to, the management often took to their Facebook page to rant about incidents that were fairly normal for this kind of business. Anyone complaining would be subjected to interrogation and an investigation with CCTV being watched to see if they were ‘telling the truth’.

The family often threatened to close the local cafe because Andover was not busy or grateful enough.

There seemed to be a peak in popularity for the cafe when they decided to put on live music acts of an evening and weekend, however, this was then marred with drama when local residents complained of noise nuisance, something that again was aired on social media.

On 28th February 2019, Butters was awarded a Hygiene Rating of one, locals took to social media to share the information which was met with much anger from the Blake family.

In April 2019, the Andover Advertiser reported that Butters would close after they had read a facebook post on a group from Stuart Blake asserting as much, this was met with much anger from Mr Blake who then publicly slated the Advertiser and denied that he had said he was going to close.

Shortly after this, ‘Chalkies’ was formed, replacing Butters and we were told as a town that the cafe was no longer being run by the Blake family, however on 21st May 2019, ‘Chalkies (Salisbury) Limited was incorporated with Companies House with Gary Blake at the helm.

Stuart Blake incorporated the business ‘Vantastic Andover Limited’ with Companies House in May 2019, stating the nature of the business to be ‘Take-away food shops and mobile food stands’.

Customers today (1st October 2019) are posting across social media that they have purchased tickets from Chalkies for future shows, but are unable to get hold of the staff or management. The cafe is reported to have the windows blacked out and one local has said that all of the furniture inside the cafe has been removed.

Social media pages for ‘Chalkies’ have been removed along with the business website.