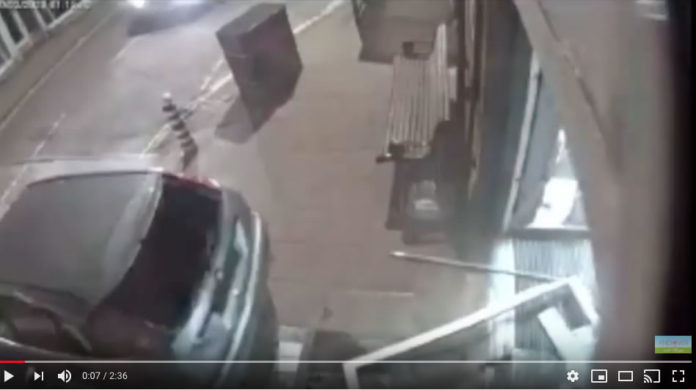 Whitchurch’s Co-Op was targetted by Ram Raiders in the early hours of 30th March 2020.

The thieves used a silver hatchback car to smash in the shop front doors and then used an awaiting transit van to connect chains to the cashpoint machine that is situated just inside of the front doors.

The ram raiders repeatedly attempted to yank the machine out but were unsuccessful.

The Co-Op is valiantly still open for their loyal local customers!

Hampshire Police said, “An incident of a transit van having been stolen in Whitchurch last night has been reported to the police.

“Another incident of an ATM having been attacked with a view of attempting to remove it from a business premises has also been reported.

“Significant damage to the premises has occurred as a result of the attempt in removing the ATM.

“Police believe these two incidents are linked to each other.”

The transit van has since been located in Overton.

Anyone who may have information that could assist police should call 101, quoting reference number 44200114493.