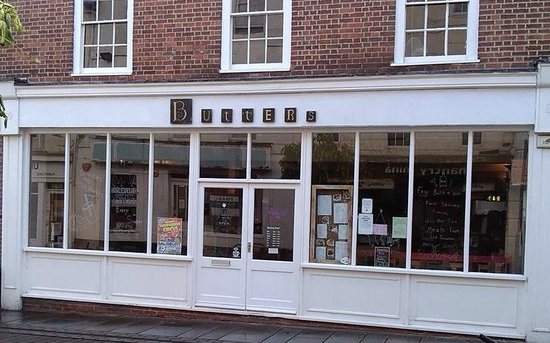 Mark Lee, TVBC’s principal Environmental Health Officer has contacted the family run business on three separate occasions to discuss the noise complaints that have come from properties in the town centre.

Owner, Stuart Blake told Andover & Villages, “We were contacted by Mark Lee from TVBC’s Environmental Health Department who advised us that complaints had been made about the late playing of music and also that the way the tables and chairs were packed away was overly noisy. I spoke to my sons who close up at the weekend and asked them to be extra quiet when packing away. Our licence says we can play music up until 11.30, however we are always finished before that.

“Two to three weeks later, Mark Lee called again and said there had been a further complaint, he advised us that the tables and chairs should be brought in by 6pm to avoid any further complaints, we said that it would be hard to keep everyone inside as it gets so hot and he said that we should think about air conditioning and putting a door closer on the front doors to make sure the doors did not stay open allowing noise to escape.

“We put an air conditioner in at the cost of £5,000, we bought outside furniture that is quieter to move and stack, at a cost of £500 and an automatic door closer which cost £50.

“A few weeks later, Mark Lee called again and told us that a further complaint had been made, during the conversation he suggested that we consider installing a lobby area and double glazing and that perhaps we should stop the music nights completely.

“Since the complaints started, no one from TVBC have actually been out to see us and after seeing the statement from TVBC Councillor Sandra Hawke on the Andover & Villages website, we contacted her – we have never heard of this councillor, let alone spoken to her prior to us calling her – during the conversation, she told us to ignore the statement and the complaints.

“I am flabbergasted by the complaints and the persistent attitude of TVBC’s environmental health department, we are a family run town centre business, doing everything we can to make a living in a town that sees businesses close on a regular basis. Its time TVBC supported business like ours and started to help businesses thrive in the town centre, rather than attack them with silly accusations.”

Andover & Villages spoke to TVBC and asked for their comments on the situation, a spokesperson said, “We have received three complaints from three separate properties. The Council did not stipulate that Butters had to install double glazing. As stated previously, this would not have addressed the problem in any case, as the issue is with the noise escaping due to the doors being propped open. The Council has not suggested to Butters that they should stop the music nights.

“To date, we have simply contacted Butters to advise that we have received noise complaints and offered advice and guidance to enable them to address the problems that have been raised with us. We would not take any further action unless we received further noise complaints, which would require us to undertake a full investigation.

“If Butters requires any further help or support then the Council would be happy to discuss this with them.”