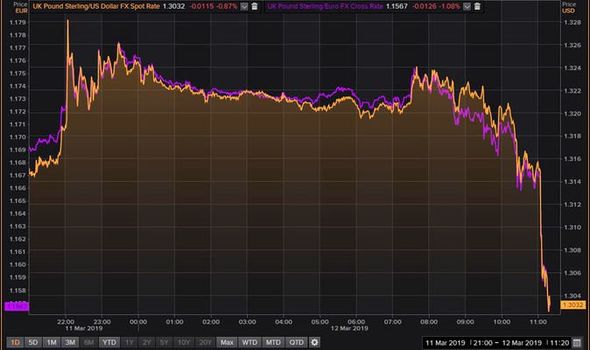 According to Geoggrey Cox, MP, the UK may not be able to leave the Irish backstop without the EU’s agreement.

“The market believes it increases the likelihood of a ‘no’ vote tonight,” he said.

“It complicates the issue, it leaves us with the possibility still of a no-deal Brexit, and uncertainty over politics more generally. It muddies the water.”

Theresa May said she had obtained “legally binding” changes to her Brexit deal which addressed the possibility of the temporary divorce arrangement known as the “backstop” becoming permanent if the UK wished to end it.