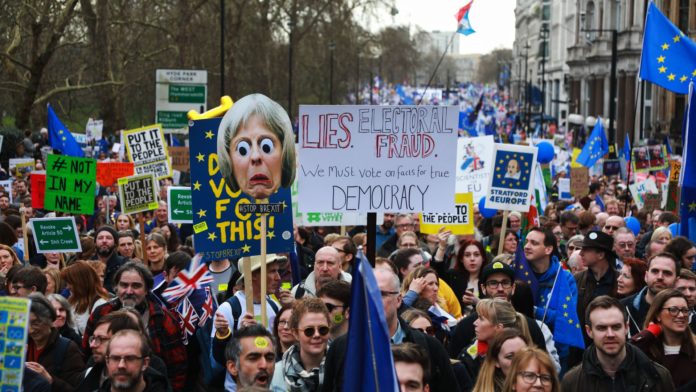 Hundreds of thousands and possibly close to 1 million people marched through central London at this weekend (Saturday, 23rd March) to give the people the final vote.

Jonathan Buisson, Chair of North Hampshire for Europe, said: “We had nearly three times as many people coming from Basingstoke, Andover, Hook, Fleet and surrounding areas than we did for the previous march in October.

“Staff from North Hampshire Hospital were also there as part of a big NHS vs Brexit contingent.”

Jonathan said they will continue to campaign across North West Hampshire and the region to ensure the goal is achieved.