Andover and VillagesAndover news, information and lifestyle
Home Travel BMW X5 Reclaims Reign As Most ‘Stolen and Recovered’ Car In 2016 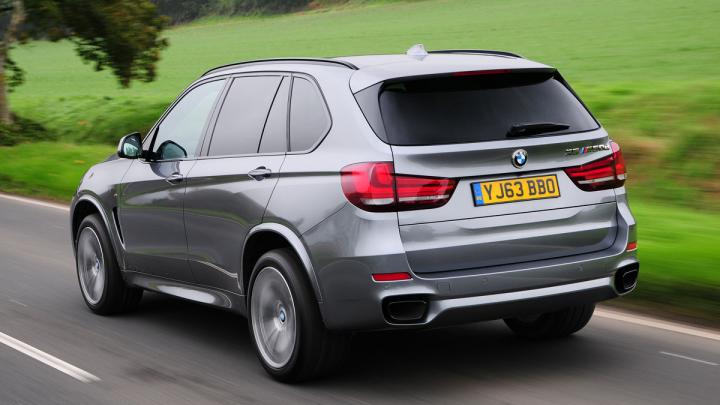 According to the latest figures from TRACKER (part of the Tantalum Corporation), the prestige 4×4, BMW X5, reclaimed its place as the most stolen and recovered vehicle in 2016. BMW, Range Rover and Mercedes-Benz models dominated the 2016 TRACKER Top 10 Most Stolen and Recovered league table, but the Land Rover Defender entered the league for the first time, confirming a rise in demand since its production stopped in January of last year. Audi falls out of the league table for the first time since 2011*.

2015 was the first time in the last 8 years when the BMW X5 didn’t hit the top spot; it was ousted by the Range Rover Sport which returned to second place in 2016. Four BMW models feature in the 2016 table, with the BMW M3 making a return appearance at third place; it dropped out of the table last year. The Range Rover Autobiography moves up to seventh place and the Range Roger Vogue drops to eighth.

In 2016, TRACKER reported a year-on-year increase of over 10% in the total volume of stolen cars it recovered; over £11.5 million worth of stolen vehicles were returned to their rightful owners. Andy Barrs, Head of Police Liaison at TRACKER explains, “Our latest figures reveal a shift in the most desirable makes and models that thieves are stealing to order, but 4x4s remain the most popular type of vehicles for thieves. However, with the Mercedes C and E Class sitting in fourth and fifth, respectively, premium executive cars are also proving to be a target for criminals.”

“However, it’s important to note that the average value of vehicles stolen and recovered dropped to an average of £16,436, down from over £19,000 in 2015,” continues Andy Barrs. “Thieves continued to target more affordable, yet popular brands, such as Ford, Vauxhall, and VW models, which were stolen in even greater numbers in 2016. 27% of all vehicles recovered by TRACKER in 2016 were valued at less than £5,000, including a VW Golf worth £400.

“1 in 3 vehicles recovered by TRACKER were stolen using the owner’s keys. Although a TRACKER device won’t prevent a vehicle from being stolen, it’s clear from our figures that they significantly increase the chances of it being recovered and returned by the police. We continue to work closely with all UK police forces and in 2016 we assisted with 62 arrests, helping to close the net on the criminals.”