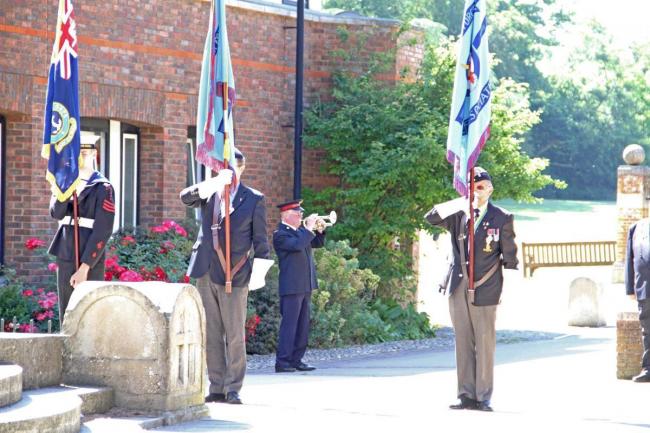 The annual Armed Forces Day will be marked in Basingstoke this month with a flag-raising ceremony led by the borough’s Mayor Cllr Sean Keating.

Local veterans from all the services are invited to attend this event at the Civic Offices from 10.30am on Monday 25 June. Current service personnel and the public are also welcome to attend. Armed Forces Day is a chance to show support for those in the armed forces community, from serving troops to service families, veterans and cadets, which provides a much-valued morale boost.

The ceremony is organised in partnership with the Basingstoke and Overton Royal British Legion and will include the raising of the Armed Forces Day flag.

The Mayor Cllr Sean Keating said: “Armed Forces Day is an acknowledgment of the hard work and dedication of men and women in the services and to show our support to those who are currently serving.

“I hope that many people will join me on 25 June to publicly thank the members of our Armed Forces for their dedication, their bravery and the incredible sacrifices they make for all of us.”

Any veterans who wish to have a veteran’s badge presented by the Mayor can contact Frank Connolly on 01256 414393 and leave their name, address, contact number, service and regiment.

For more information on the Mayor visit www.basingstoke.gov.uk/mayor