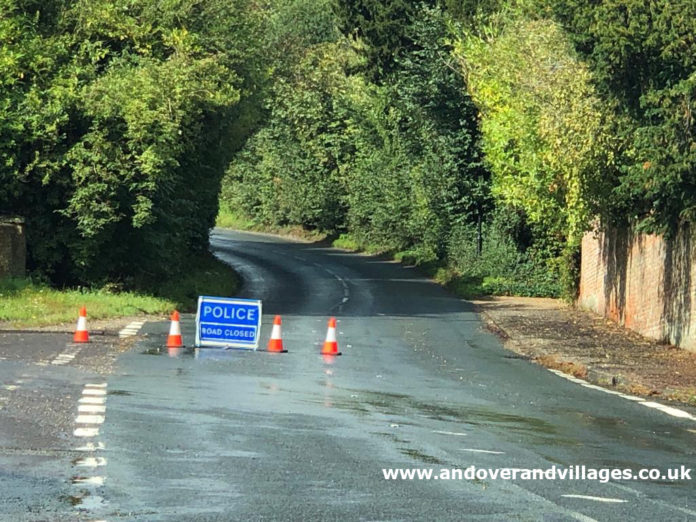 The second incident in two weeks has seen the B3400 closed for many hours.

The road was closed this morning at around 10am (24th September 2019) from Andover Down to the crossroads at Hurstbourne Priors, it remained closed at the time of publication.

The incident involved a single vehicle and has left the driver fighting for their life.

The Air Ambulance was called to the scene to treat the driver of the vehicle.

A police spokesperson told Andover & Villages, “We were called at 10am to a single-vehicle collision.

“The driver has been taken to hospital in a life-threatening condition.

Road closures were in place.”