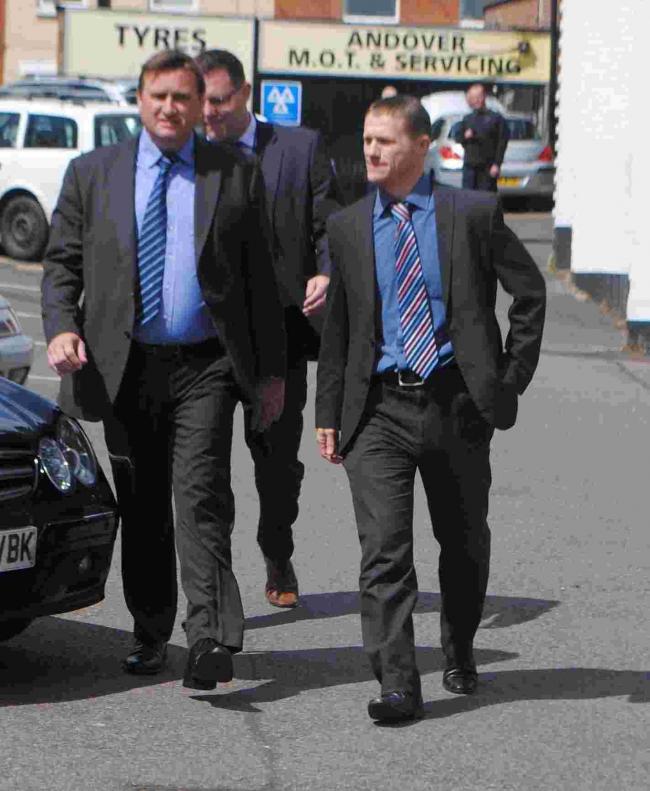 Police have arrested Cllr Tony Hooke, who was elected to represent Andover South on Hampshire County Council last year, on suspicion of assault.

A Hampshire Constabulary spokesman said : “A 52 year old man from Yateley has been arrested in connection with an assault. It follows an incident at a UKIP public meeting at Portsmouth Guildhall on April 28. The man is now being questioned by detectives.”

Vague details were first made public by the campaign group ‘The Public Interest UK’ who sent a series of frenzied tweets from their Twitter account suggesting the arrest of a politician was ‘imminent’.

Cllr Hooke last week attended a meeting with The Public Interest UK on the subject of Hampshire Constabulary.

The Public Interest UK have since confirmed via Twitter that Councillor Hooke was arrested. Cllr Hooke was ‘questioned under caution’ last year by Police in Andover after accusations of bribery during his election campaign, no charges were brought at the time. Hampshire County Council said this was a matter for the Police and referred our questions to them.

Andover and Villages has contacted both UKIP for comment, however, at the time of publication, no response had been received.