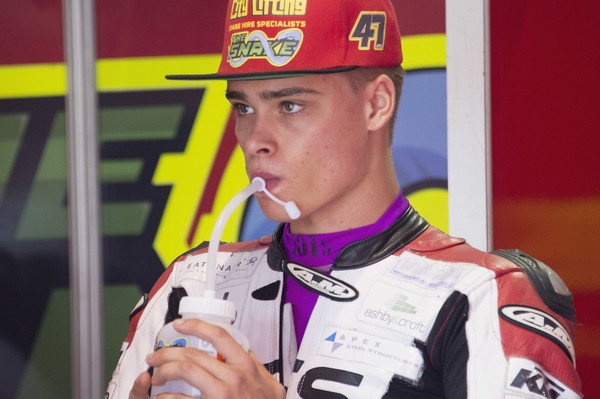 The 18-year-old British Moto3 Champion has switched to riding a Moto2 for the upcoming season.

Following a collarbone injury while testing in Almeria, Spain. After the trip to the local hospital, it became clear that his testing would need to be halted while he recovered.

The 18-year-old rider is still expected to be fully fit for the BSB test at Silverstone which takes place next month (Three weeks time).