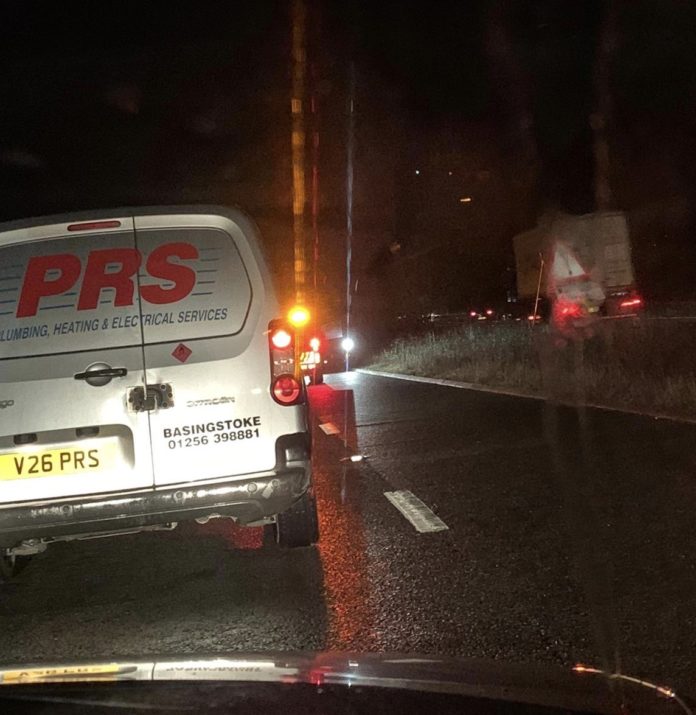 A vehicle has reportedly entered the A34 the wrong way.

The vehicle came on to the A34 slip road at the junction for Tufton and Whitchurch in the wrong direction, the car is now in the hedgerow.

One eye witness told Andover and Villages, “I was coming off the A303 and was entering the A34, we all slowed down to around 20mph as we were following a works van that appeared to be struggling up the incline.

“Then a Highways vehicle turned on its lights and stopped all of the traffic, the man left the van.

“Once the traffic started moving again, we went a few hundred yards and were stopped again and we could see a car facing the wrong direction on the exit slip road for Whitchurch.

“It’s pretty scary to think of what could have happened.”

Hampshire Highways and emergency services are on the scene