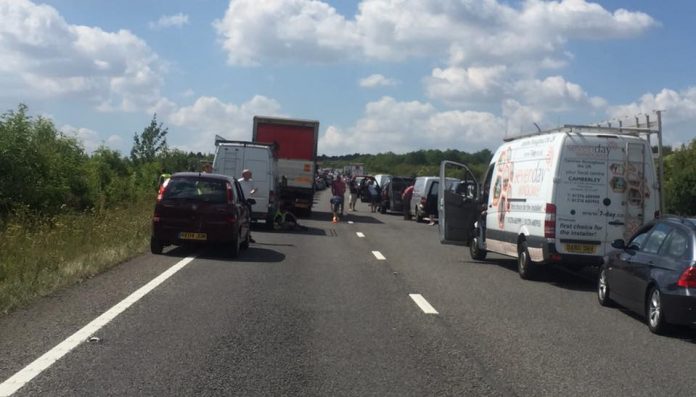 A broken-down army truck, described as ‘massive’ is causing 10/15 minute delays along the A303.

It’s believed that the delay is caused back up traffic from the Salisbury road exit, A343.

Police are on scene, with Hants Road Policing.

Traffic is almost at a standstill, backed up to the Old Garage B & B.