Andover and VillagesAndover news, information and lifestyle
Home Travel A Relaxed Attitude Towards Breaking The Law Of Drivers In South East... 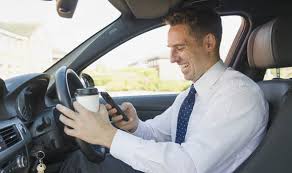 One in five motorists in the South East think it is BETTER to drive while using a mobile phone than speeding, according to new research carried out on behalf of car insurance expert Admiral.

The findings emerged from a survey of motorists after tough new legislation came in to introduce an increase in fines and penalty points for those caught driving while using a handset.

Researchers also found 67 per cent of drivers in the region knowingly drive over the speed limit, but only 10 per cent had been caught during the last 24 months.

And despite clear signage indicating the acceptable limits on all roads, 47 per cent of people in the South East think it is acceptable to drive faster than they’re meant to.

While 68 per cent of drivers admit to intentionally slowing down to pass a speed camera, immediately speeding back up once past. However 46 per cent of motorists in the region think speed cameras in general improve road safety compared with 44 per cent that don’t. 24 per cent would like to see more speed cameras installed in their area.

A Freedom of Information request from Admiral suggests police forces and camera safety partnerships are halting the installation of speed cameras. Of the police forces that provided information to Admiral, only ten police force said new cameras had been installed in 2016.*

Alistair Hargreaves, head of service for car insurer, Admiral said: “It’s clear many motorists don’t see speeding as a particularly serious offence, and most admit they break the speed limit. We wanted to find out where motorists rank speeding in seriousness compared with a range of other offences and bad driving habits.

“20 per cent think using a phone while driving is less serious than speeding. Both offences carry a penalty, but recently the government increased the punishment for anyone caught using their phone behind the wheel; you now face a £200 and 6 points on your licence.

“Attitudes to speeding on motorways are particularly relaxed for a lot of drivers, and the majority would like the government to raise the speed limit from 70mph.”

Admiral’s study shows 45 per cent of motorists in the South East don’t think driving 80 miles per hour in a 70 mile per hour zone is a particularly serious driving offence.

Which explains why 83 per cent of people admit to have broken the law on Britain’s motorways, compared to 61 per cent on dual carriageways.

27 per cent of drivers in the region say they do tend to speed on urban roads, while 25 per cent have gone faster than they should on residential streets.

Alistair Hargreaves continued: “Local authorities across the country are introducing 20mph speed limits on residential streets to try and reduce fatalities. Our research indicates motorists are willing to accept lower speed limits on these roads.

“Where motorists would like to see the speed limit raised is on motorways, that’s not surprising considering the majority already admit they drive above the limit on these roads.”